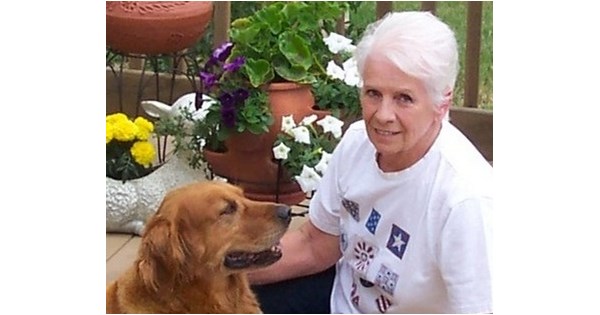 Sandra (Janz) Berg, 76, Columbus, was surrounded by her family when she visited her paradise home on Wednesday, February 23, 2022, after a six-year battle with cancer. Memorial services will be held at 11:30 a.m. on Thursday, March 3 at Bismarck Funeral Home. For those not present, the service will be streamed live on the Bismarck Funeral Home Facebook page. Interment will be in North Dakota Veterans Cemetery, Mandan.

Sandra was born on December 9, 1945, to Harvey and Lorraine (Schimming) Janz in Fargo where she grew up and attended school. After graduating from Fargo High in 1963, she worked at Herbst Department Store, Sears in the accounting department, and at Stockmen’s Supply in West Fargo.

On December 9, 1967, she married the love of her life, Keith Berg, at St. Mark’s Lutheran Church in Fargo. In 1971 she and Keith moved to Columbus where she worked for Great Plains Supply for over 20 years. She also served as Forthun Township Clerk/Treasurer of Burke County for over thirty years. Sandy was particularly fond of horses, of which she and Keith had many during the 54 years of their marriage. She also loved her many dogs they’ve had over the years, especially Gander, a golden retriever, who has been a great comfort to her over the past six years.

Sandy had a passion for gardening. She harvested and canned her produce, always sharing the fruit of her labor. She planted flowers every spring and enjoyed them all summer.

Sandy was a member of Trinity Lutheran Church of Columbus where she was very active. She served as church treasurer for 18 years, ending that position two years after her illness began.

Sandy is survived by her husband, Keith Berg of Columbus; sister Janet (Janz) Loomer of Sheldon; sisters-in-law and their husbands Marsha and Raymond Monson of Bismarck and Colleen and John Ghirardelli of Springfield, Mo., and numerous nieces and nephews and their children, all of whom were special to her.

She was predeceased by her parents, Harvey and Lorraine (Schimming) Janz; his in-laws, Magne and Lyleen (Sitler) Berg; nephew, Joey Ghirardelli; and his brother-in-law Butch Loomer.

Instead of plants and flowers, memorials are preferred at Trinity Lutheran Church, Columbus, ND, or St. Jude’s Hospital.

Those wishing to sign the guestbook online or leave a message of condolence, please go to www.bismarckfuneralhome.com.

Published by The Bismarck Tribune on March 1, 2022.

US Military Doctrine Changes to Protect Capitalism and Threaten the World