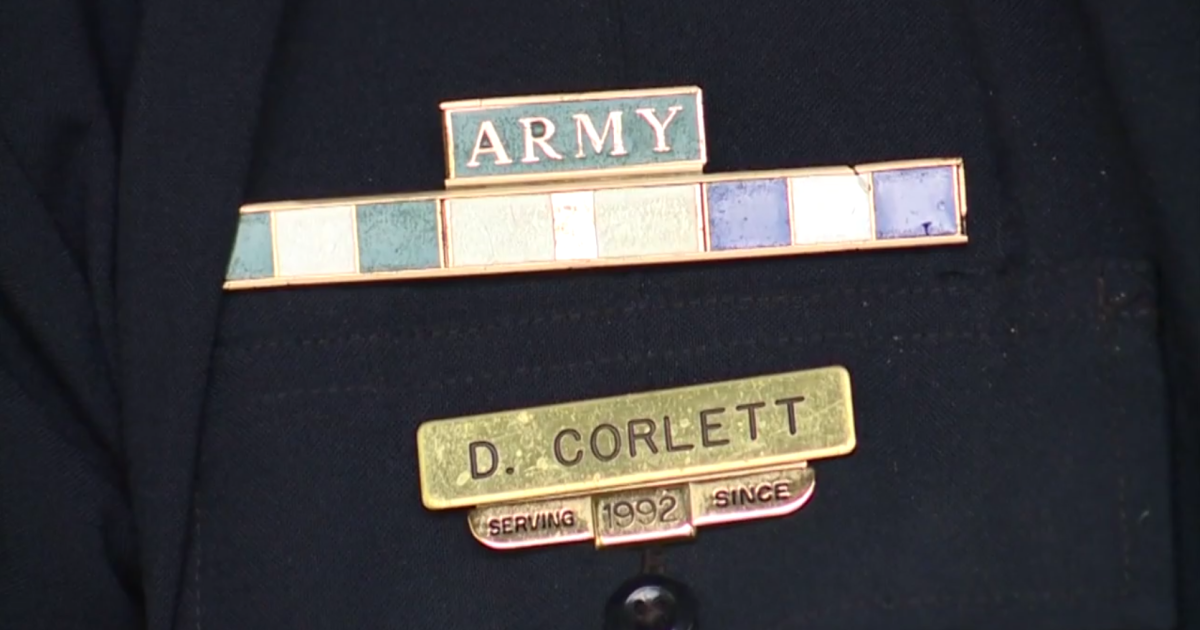 After years of community service, CPD Sergeant and Army Veteran Dave Corlett founded the Military Liaison Group to make a difference while on patrol.

“This program took me back to where I felt like I was making a difference, and that was my goal as a police officer initially,” said Dave Corlett.

More than 30% of staff officers at Cincinnati are military veterans, according to Corlett. As such, he saw an opportunity to be a bridge to the distressed veterans he and his fellow officers encounter on dispatch calls.

The concept is relatively simple: veterans currently serving in the department respond to scenes where military veterans are in distress. It could be a domestic call or even a situation where the veteran is threatening suicide.

This is part of the de-escalation process and often opens the door to treatment or services that the veteran had no idea were available.

“I am a Gulf War veteran so I was no longer in the military and was serving here in the police department in June 1992. I only learned about five or six years ago that I I was eligible for health care at the VA,” Corlett said, “So it struck me that if I didn’t know these things, the other veterans didn’t either.”

The success of the program and its simplistic approach caught the attention of the Ohio Attorney General.

“I was so impressed with this that I immediately spoke to my team and said we need to get this out statewide,” Attorney General Dave Yost said. “We need to help other departments start doing that.”

Working with Corlett, the AG’s office created the Veterans Intervention Program Guidelines for other police departments in the state.

“There’s a lot of talk about de-escalation and this is just one tool in that de-escalation toolkit,” Yost said. “Instead of hooking someone up and taking them to the county, connecting them to resources to help them is a much better outcome.”

While he said the program does not prevent arrests if the situation warrants it, it puts veterans on the path, whether through veterans court or the VA health system, to redress their situation.

The idea caught the eye of Florida Republican Congresswoman Maria Salazar, who shoved the ‘Service Act’ onto the House floor in the fall, which would open the door to grants for the forces. order across the country wishing to implement the idea via a pilot program.

This week, the Department of Justice will recognize the efforts of Sergeant Corlett, the Cincinnati Police Department and the Cincinnati VA as the recipient of the 2021 L. Anthony Sutin Award for Innovative Law Enforcement and Community Partnerships .

“Creative and meaningful partnerships between law enforcement and the community are at the heart of community policing,” said Robert Chapman, Acting Director of the PSC Office. “To see how the efforts of dedicated individuals to help veterans in need have impacted an entire state – and perhaps the country – shows how community policing can change lives. It is a privilege to honor this team.

The ceremony will take place at the Cincinnati Music Hall on August 11 at 1 p.m.

If you have a veteran story to tell in your community, email [email protected] You can also join the Homefront Facebook group, follow Craig McKee on Facebook, and find more Homefront stories here.