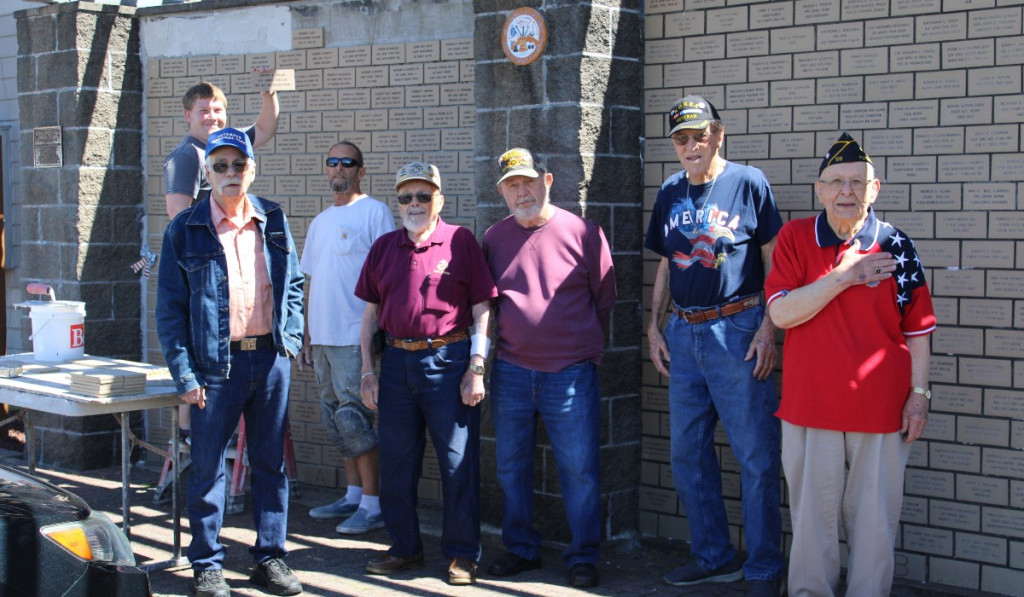 August 23 was the culmination of a project started in 2004 that was completed in large part thanks to the hard work of the veteran community in Florence.

“I wouldn’t blame anyone who got frustrated with this process,” said local veteran Tony Cavarno, who was one of the project’s founders. “We had to get six different permits and by the time we got to the fifth, the third had expired, so it was easier to reapply than to have the permit extended.”

Initially, the plan was to build three brick walls in the park to honor veterans.

The bricks are for veterans of nearly every war the United States has fought.

“There are 20 Civil War veterans, three Medal of Honor recipients, and even a brick for one of our presidents, Ronald Reagan,” according to Cavarno.

Additionally, on the west side of the Veteran’s Memorial Park parking lot is a row of five flagpoles, each used to display a flag honoring one of the various branches of the United States Armed Forces, along with the branch’s founding date. . In 2019, the US Space Force was created. Veterans in attendance said they had ordered an official Space Force flagpole and flag and wanted the public to know it would be erected upon arrival.

For more information about the park, visit www.ci.florence.or.us/publicworks/veterans-memorial-park.