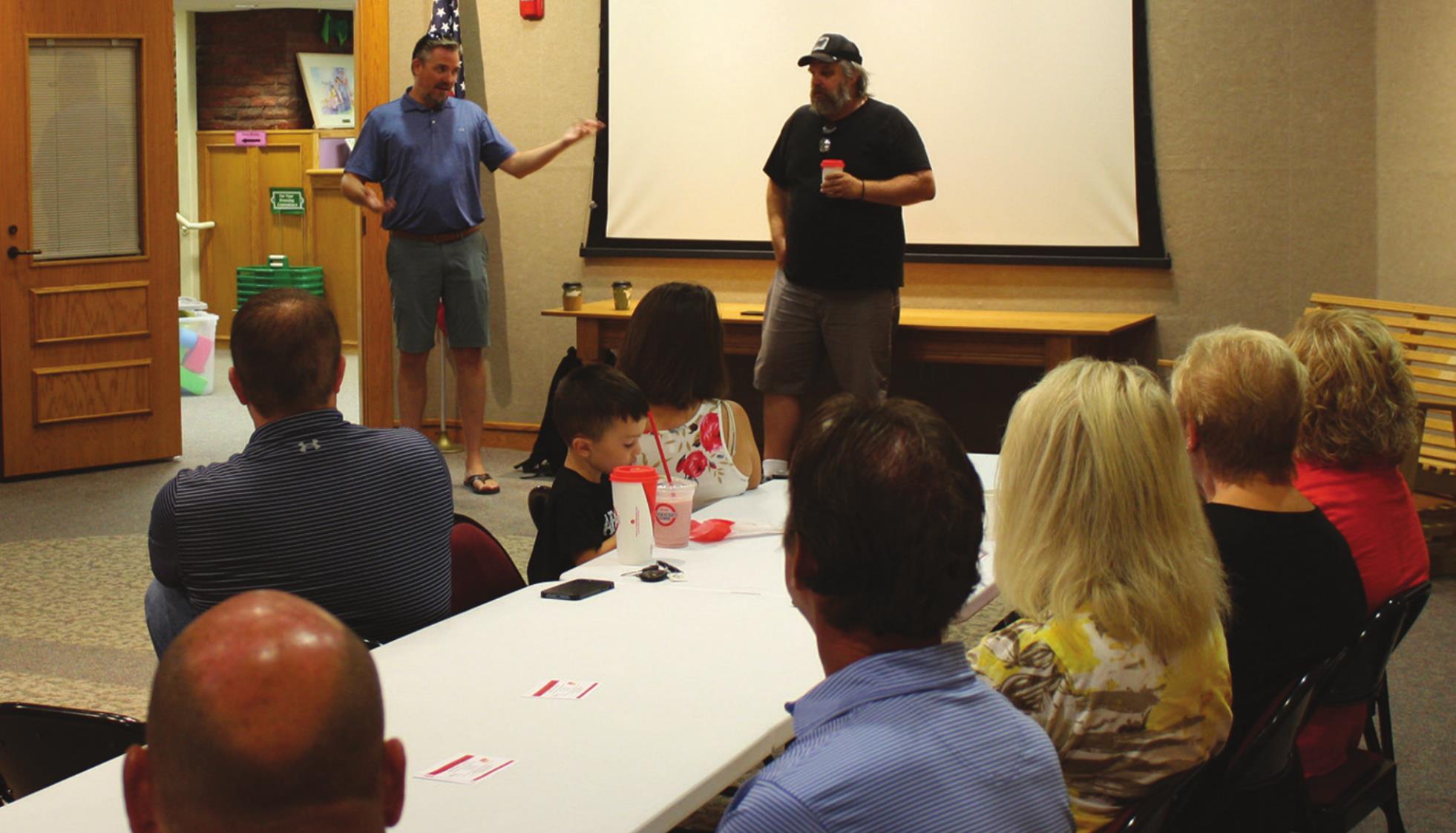 Starting July 25, parts of Nebraska City will travel back in time to 1991 as filming begins on Adam Rehmeier’s “The Snack Shack,” which he describes as “a love letter to Nebraska City.” .

The story of what happens when a pretty girl moves into the house next door to half a pair of childhood best buddies who operate the concession stand at the local swimming pool will be filmed for six weeks in the community.

Writer-director Rehmeier and producer Jordan Foley were July’s Hot Topics speakers on July 13 at the Morton-James Public Library to provide some background on the film project and answer questions from the community.

Rehmeier said it took him about 11 months to write the script and he found it difficult to write a comedy during the COVID-19 pandemic.

“It took me about double the usual time to write the script,” he said, “because it was hard to visualize 1991 and have fun” when everything was shut down.

Crew members and equipment are expected to begin arriving in the Nebraska city this week, Foley said. “It will be a lot of energy and a lot of fun,” he said.

Rehmeier said he and his cinematographer, Jean-Philippe Bernier, conceived the film on paper by compiling a shot list before the cameras started rolling.

“Each scene in the script is a piece of the puzzle,” Foley said, “and we take it apart scene by scene” and then put it back together after filming is complete in the editing and post-production process.

Rehmeier said that once the shot list is complete, it serves as a map for filmmakers to then commit to the idea of ​​shooting while battling a film’s worst enemy: time.

Foley said filmmakers face a time-money quality triad and consider themselves lucky when they are able to achieve two of the three factors.

As of July 13, about 10 of the film’s 45 speaking parts have been cast, Rehmeier said. The auditions were taking place in the basement of the Nebraska City Veterans Memorial Building, where the film established its production office.

Ideally, the film should be finished around Thanksgiving and ready for final touches on sound, color, and editing. Rehmeier predicts that “The Snack Shack” could premiere at a film festival next year, or it could go straight to release nationwide.

Hot Topics is a community forum sponsored by Nebraska City Tourism and Commerce on the second Wednesday of the month at 8 a.m. Call 402-873-6654 for more information.