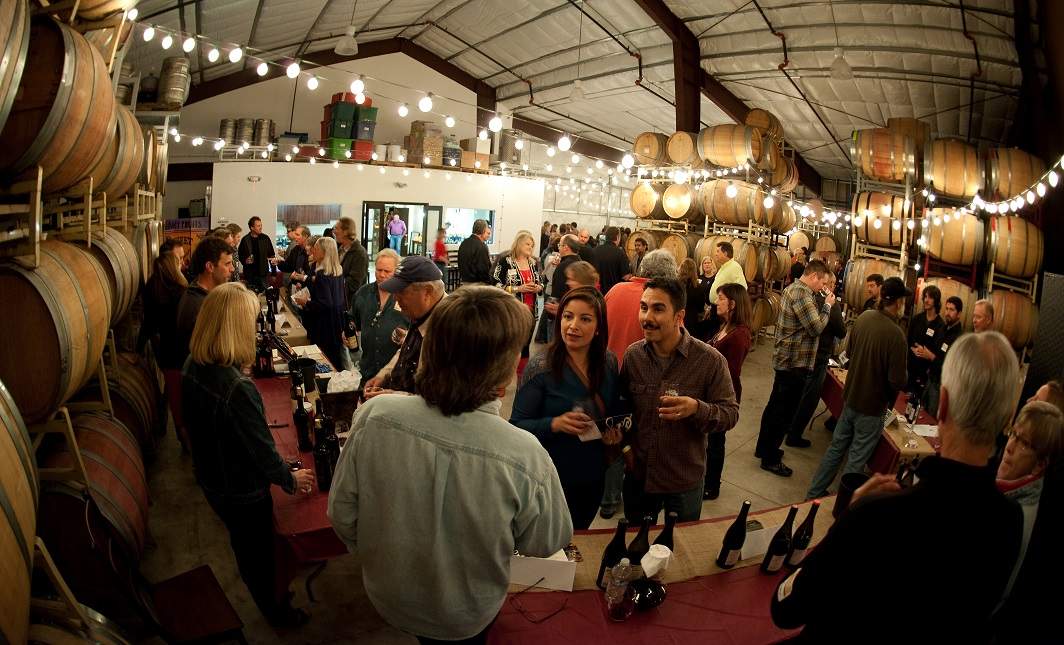 Depending on which winemaker you ask, 1,500 cases of wine might seem like a lot — or a little. For large wineries that make over 500,000 cases a year, that’s just a drop in the wine barrel.

For others, like winemaker Bart Hansen, 1,500 cases is more than double what he earns. That’s why his wines are perfect for the upcoming Garagiste Festival on April 30 at Sonoma Veterans Memorial Hall.

Launched in Paso Robles in 2011, with satellite events in Sonoma County since 2018, the Garagiste Festival invites winemakers who produce 1,500 cases of wine or less per year to share their wines with consumers at the event. a day. Hansen, which previously made mid-to-large production wines for Kenwood Vineyards and Benziger Family Winery, now produces just 625 cases under its own label, Dane Cellars.

“When you work at a great winery, you understand the importance of producing consistent product for consumers every year,” Hansen said. “You always look at previous vintages to see where you need to go. With small production wines, I can fully embrace the diversity of each vintage and make the wines I really want to make.

Coined in Bordeaux, France, in the early 1990s, the term garagiste was given to rebellious winemakers who were fed up with the region’s strict, age-old rules of winemaking. Rather than adhering to tradition, these adventurous men and women churned out small batches of unusually robust wines in garages, warehouses and wherever they wanted. Threatened by this new way of making wine, the traditionalists called these defector winegrowers garage owners. While the term was intended to insult, it was ultimately a badge of honor for those who took pride in going rogue.

What: Taste wines and meet winemakers from more than 40 micro-commercial wineries in Napa, Sonoma, and Mendocino counties.

The Festival Garagiste was inspired by the courage of these independent French winemakers and their determination to chart a new creative path. Although American winemakers don’t face the same stylistic limitations as many French winemakers, they share the burden of needing cash flow.

Winemaker Perri Haughwout, who produces about 100 cases of wine for her micro-cellar, Perri Jaye Vineyards, funds the small label by selling the pinot noir grapes she grows in her 2.6-acre vineyard. Winemaking is a passion project she took on later in life, and she reserves only a small portion of the fruit.

“I am not driven by aspirations of fame and fortune. I just want to showcase my beautiful vineyard and the special wine it produces,” Haughwout said.

“When you’re as small as me and don’t have access to a tasting room, the Festival Garagiste is a great opportunity to connect with consumers looking for small wine nuggets. I feel like I belong.”

At the Festival Garagiste, the wines are poured by the winemakers themselves, which lends an air of intimacy to the wine tastings and encourages dialogue between winemakers and attendees. Great varietal diversity is almost always present, so there are plenty of opportunities to expand your palate and try something new.

Red wines average no more than $45 a bottle, and there’s no limo or bachelorette party in sight. What you’ll find, however, are limited-production wines that you won’t be able to taste anywhere else.

“There’s a real sense of community at Festival Garagiste,” said Hansen, who also hosts the popular wine-centric podcast, The Winemakers. “I’ve had people who listen to my podcast come up to me and introduce themselves. For me, it creates a connection.