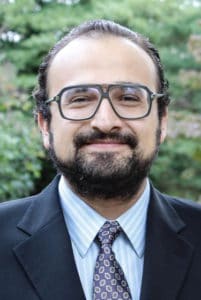 But different prices from one patient to another same hospital?

A Trinity College economist has found evidence that two patients undergoing the same procedure in a hospital are usually charged different amounts depending on whether the patient pays cash or is covered by health insurance.

In fact, the cash price of self-pay is often lower than rates negotiated for plan members by health insurance companies, said Gerardo Ruiz Sánchez, assistant professor of economics, who delved into a new public database to compare procedures across the United States.

In his study60% of negotiated rates were above spot rate for services.

“This raises the question of whether this is evidence of poor negotiation by insurers, who represent consumers, in their negotiations with hospitals.”

In the study, Ruiz Sánchez looked at data from fourteen “purchasable” hospital services, those that can be scheduled in advance by a consumer, such as office visits, CT scans or MRIs.

The data was made available by a federal rule that came into effect on January 1, 2021, requiring its disclosure. It is compiled in the Turquoise Health Dataset, which contains records for around 2,200 hospitals.

His research, “Variation in Reported Hospital Cash Prices in the United States and How They Compare to Reported Payer-Specific Negotiated Rates,” was published in Economics Letters in 2021.

In addition to the variation between insured and uninsured at the same hospital, Ruiz Sánchez found substantial differences in spot prices between hospitals. From one hospital to another, the costs of the same intervention can be up to 8 times higher.

The cash price reflected the hospital’s published rate unrelated to any charitable care or bill discounts the hospital might be required or choose to apply.

Uninsured consumers who pay themselves bear the full cost of hospital services, and as of June 2020, approximately 18% of people in the United States had medical debt.

Even among the insured, hospital rates are relevant when services not covered by the health plan are required, noted Ruiz Sánchez.

More research is needed to understand the economic forces behind spot price models and how hospitals decide to price their services for the uninsured, according to Ruiz Sánchez, whose work was supported by the Trinity College Faculty Research Grant. Committee.