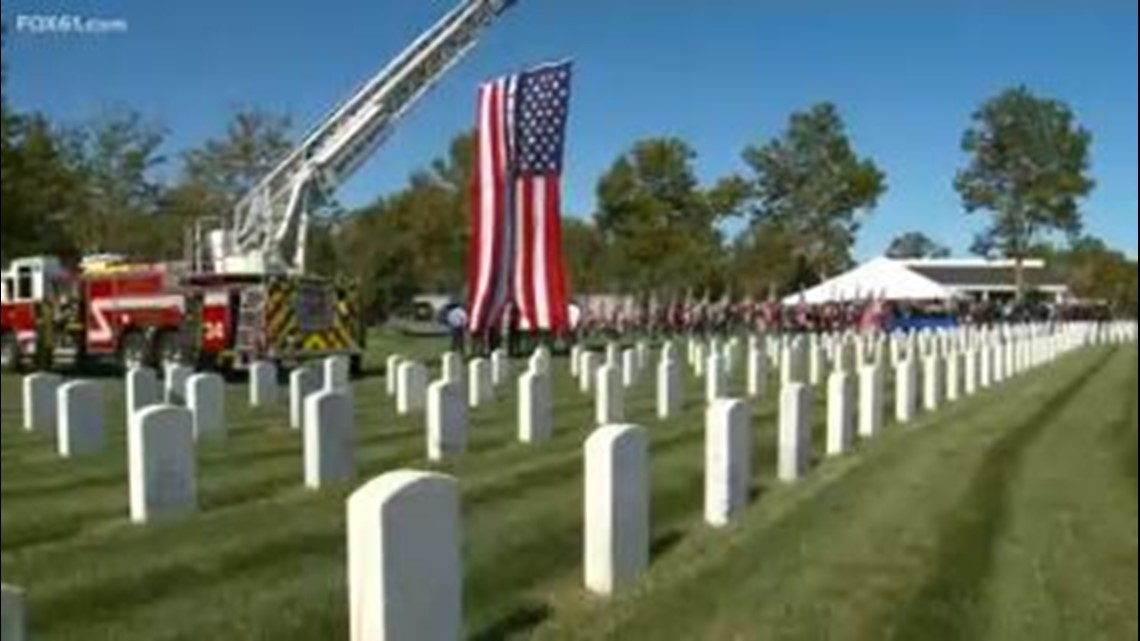 TB veterans whose remains have not been claimed receive military funeral

MIDDLETOWN, Connecticut – The cremated remains of eight Connecticut veterans have now been honored.

The veterans – all residents of the Veterans Home in Rocky Hill at one time or another – have died without a proper burial. No one had claimed their remains.

At the Middletown Veterans State Cemetery on Friday, the State Department of Veterans Affairs joined the Connecticut Association of Funeral Directors to hold a ceremony honoring the veterans.

Thomas Saadi, commissioner of the Connecticut Department of Veterans Affairs, presided over the ceremony and noted that there were veterans who were recognized from the Vietnam War, the Korean War, WWII and even a veteran of the First World War.

“To ensure that these men get the dignity of full military honors and a funeral here surrounded by hundreds of other veterans and members of the public, it’s really moving,” Saadi said.

In #Middletown A ceremony to salute 8 veterans whose unclaimed remains have long been forgotten. Today, all honors for all. @ FOX61News @CTNGTAG @CTNationalGuard @ChrisMurphyCT #Army #Marine #Air Force #Sailors pic.twitter.com/axTctD92Yk

“It’s really tragic sometimes when a soldier is forgotten, but when you have a ceremony like this you know humanity still exists,” Brice said.

Tammy Marzik, director of community affairs at the Department of Veterans Affairs, said Friday morning’s attendance was the last they had for one of those events.

“I am delighted,” she said.

The Department of Veterans Affairs joined the Funeral Directors Association in 2009 to identify unclaimed cremated remains of honorably released veterans in state funeral homes with the goal of offering them military honors and a dignified burial.

Seven of these funeral ceremonies have taken place at the National Veterans Cemetery since 2009.

RELATED: Big E Kicks Off With A Salute To Veterans

Here is the list of veterans who were honored on Friday:

Got a story idea or something you want to share? We want to hear from you! Write to us at [email protected]

HERE ARE MORE WAYS TO GET FOX61 NEWS

Stream live on ROKU: Add the channel from the ROKU store or by searching FOX61.

Group of veterans find healing on horseback in Lexington