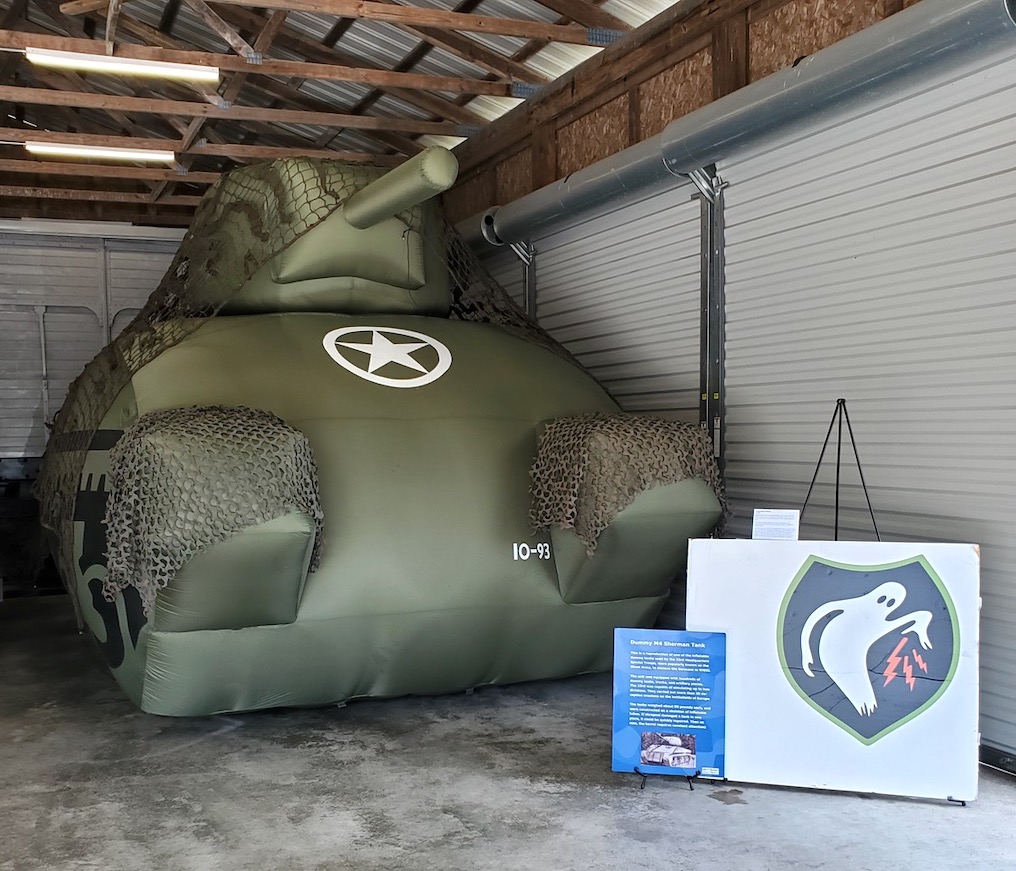 The Phantom Army, known for its deception tactics during World War II, currently has an exhibit at the National Veterans Memorial Shrine and Museum at 2122 O’Day Road in Fort Wayne through September 27. This exhibit is part of the 100th anniversary of Bill Blass celebrated in Fort Wayne. Bill, who was originally from Fort Wayne, was a member of the famous Ghost Army.

The museum features an extensive exhibit on the history of the Phantom Army, sketches of some of Bill Blass’ artwork, and sketches by other artists in the field. There is an illustrated story about the Shadow Army and the tactics used to fool Nazi Germany during World War II. Artifacts from this era are also on display.

A real inflatable tank is now on display at the Pavilion on the grounds of the Memorial. This 18ft tank is 10ft tall and 10ft wide and shows how the Germans were tricked into thinking these tanks on the ground appeared to be real!

The float and the exhibition inside the museum are visible on Mondays, Thursdays, Saturdays and Sundays from 11 a.m. to 4 p.m. The exhibition can be seen until September 27. The shrine also sells commemorative Ghost Army collectibles for $15.00 each. Admission to the exhibition is free for the public. For more information, visit honoringforever.org.