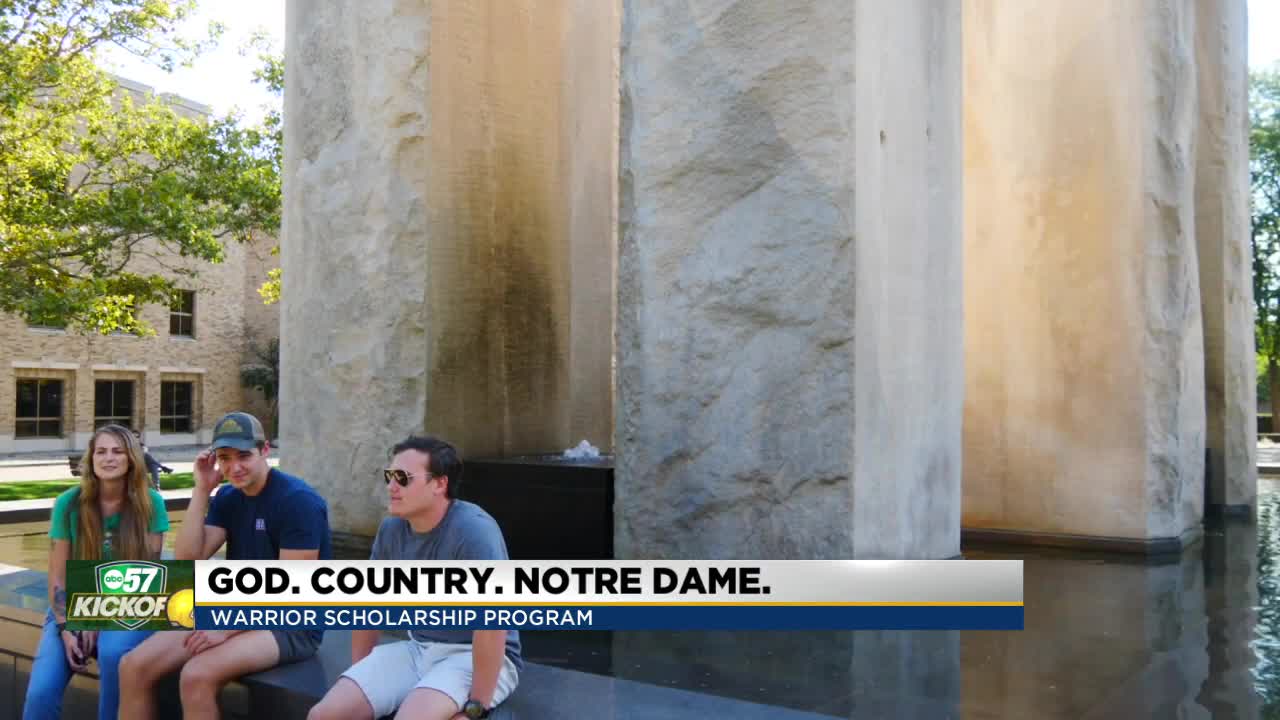 SOUTH BEND, Ind. – “So, I was in the navy, I spent 6 years”, explains John Noonan. “I moved to Washington and was stationed on a submarine there for four years.”

“I was in the army for three years. I was in South Carolina at Fort Jackson for 5 months, then I spent a year in Korea at Camp Cacey which is next to the DMZ. Then I went home for four to five months, then I was deployed to Iraq and I also spent time in Syria and 9 months in the Middle East, ”says Joshua Korhorn.

“I was in the Navy for 6 years,” says Shauna Staples. “I was a nuclear electrician. I spent the majority of the time in Norfolk, Virginia. I must have attended a few schools in Saratoga Springs, New York, and South Carolina, so I moved a few times. “

John Noonan, Joshua Korhorn and Shauna Staples share one thing in common. They have all served our country. But now the trio are sharing something else.

“I was accepted to Notre Dame when I was in Iraq, so it was cool,” Korhorn says.

“There was an officer on board, he was a former student of Notre-Dame, and when I listed my schools and he keeps saying Notre-Dame and Notre-Dame, so I left him fall and I finally chose this school. I don’t regret it at all, it was probably the best decision of my life, ”says Noonan.

They are students at the University of Notre Dame.

“You spend some time serving your country and you go out and there is this big question of what now,” says Staples. “Opportunities for veterans can really point people to their next step in life, whether you make 6 or 20 in the military. I think this is important because they take care of you while you are inside, but you just have to find out while you are away.

Since September 11, just over 5 million Americans have served in the military. 50,000 were wounded in combat and over 7,000 made the ultimate sacrifice. Nearly 2 million men and women who served in uniform will return to civilian life.

“These men and women are amazing, they are heroic, they fought the enemy on the battlefield but they are more terrified of their transition to civilian life than to the enemy, so this project prepares them mentally. but also academically at a pinch. an academic environment, ”says Regan Jones, director of military and veterans affairs at Notre Dame.

Each year, the University of Notre Dame opens its doors to veteran students. Thanks to the Warrior Scholar Project, a college training camp now in its 5e year, helps those who enlisted right out of high school for academics they will face in an elite institution. But more than the opportunities offered by the University, this is also what veterans bring to campus.

“I think seeing people from all these different walks of life makes you appreciate what you have been given, but it motivates you and inspires you to at least do the best you can do, and to give it all that you have, to take advantage of the opportunities you were given, ”says Korhorn.

If only the experiences …

“I ended up doing a specific deployment to the East, so I went to Hawaii for a moment which was our port of rest and relaxation,” Noonan explains. “Then I did a race in the Arctic, so I went to the North Pole to become a blue nose, to make the submarine surface through the ice. Defeat the British in a rugby and American football match. They beat us in football, but 2-1 and best of three.

“When playing against the Kurds in football, they had a beaten grass pitch and we drove our trucks and played with them for hours every night,” Korhorn explains.

It’s these stories told on campus, the conversations they spark, the opportunities they create, that show that at this university, it truly is God. Country. Our Lady.