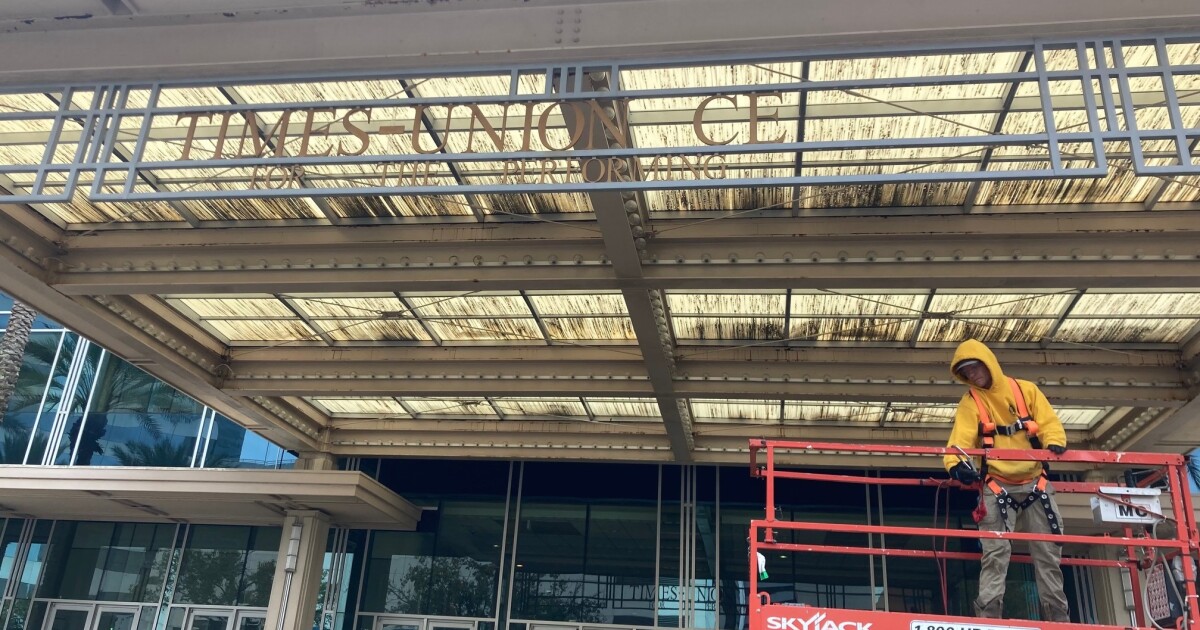 The city-owned concert hall is abandoning the Times-Union name and will be known as the Jacksonville Performing Arts Center until the city finds a new sponsor, Brian Hughes, the city’s executive director, said on Tuesday.

The Florida Times-Union bought the naming rights in 1994 for $ 3 million, when it was owned by Morris Communications. The deal did not involve annual payments like current naming contracts usually do.

The city approached the new owners about the naming rights for the performing arts center, but they were focused on running their newspaper and were not interested, Hughes said.

“There’s no scenario where a naming right is a one-time payment in perpetuity; that’s just not the way naming rights are structured, certainly not in the modern age,” said Hughes. The goal would be to have a similar contract at the VyStar Veterans Memorial Arena, a 15-year deal in which VyStar Credit Union annually pays the city to keep its name on the site.

The Times-Union sign was taken down on Wednesday, although the centre’s promotional material, tickets and website still retain the old name.

“The Performing Arts Center has recurring needs every year, and as the structures age some of them become important,” said Hughes. “As the building ages, things need to be fixed. They can either be postponed if they are not serious or be taken care of by the taxpayers.”

According to Hughes, the idea of ​​removing the name began last year in discussions with the centre’s main tenant, the Jacksonville Symphony, and the city’s management company for places like the Performing Arts Center and TIAA Bank Field. , ASM Global.

ASM identified skyrocketing costs associated with the center as the city budgeted for fiscal year 2021-2022 around January of last year.

Hughes said the management group will be tasked with finding and securing a new sponsor for the building, with the hope that the process will be far enough along for city council to vote on a contract before approving a new budget. in autumn.

The centre’s three halls, a theater, a concert hall, and a recital hall, are mainly rented out by the symphony orchestra, its youth orchestra, and Florida State College in Jacksonville.

The Jacksonville Symphony did not immediately respond to a request for comment.

“We look forward to working with the people from the symphony orchestra, other stakeholders, city council,” said Hughes. “The formal push, when there is one, is to ensure that it is a naming rights partner who shares the purpose and values ​​of the Performing Arts Center and potentially has an existing relationship with the symphony orchestra and other artistic organizations.

Heather Schatz contributed to this report.