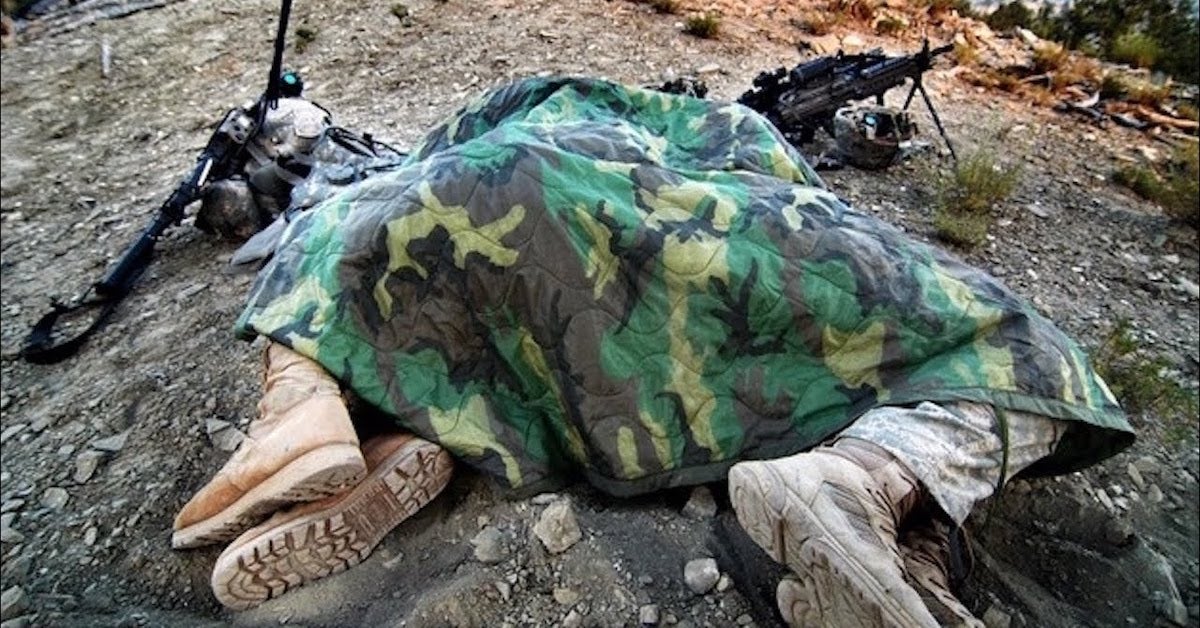 On January 1, 1963, the beloved Woobie was created by the US military.

Otherwise known as a wet weather liner or poncho liner, the Woobie is a piece of field gear that provides warmth in mild weather and comfort in dark weather. Made of nylon, polyester, and freedom, the woobie is lighter and dries faster than the standard wool blanket and was originally in a camouflage pattern similar to Vietnam-era BDUs.

It is made of two layers of nylon, intended to remain light enough for soldiers when they fight and sleep in the Vietnamese jungle climate. It also dries quickly, adapting to a humid environment.

The liner is sewn to withstand the elements, with a hard stitch and a distinctive pattern throughout most of the fabric to keep pieces in place, despite harsh conditions.

What’s most interesting about the poncho liner is its engineering which sort of keeps the heat in while keeping the cold at bay. Even when wet, the liner can keep a soldier warm, while drying faster than his woolen blanket. This is even more impressive considering that they were first made from excess parachute material, in duck hunter camouflage, which was left over from WWII.

Originally, this is why the liners were released in a dated camouflage pattern. But even after the excess material was used up, the use of the tricolor camouflage continued.

The Marines produced theirs with a Woodland pattern on one side and a solid coyote color on the other. It has evolved over the years to include a variety of color patterns, zipper modification kits, and even a pocket for your ego. Now each branch also has its own design.

Whether on active duty for democracy or safe at home enjoying a good cuddle, the Woobie is a staunch companion of our nation’s heroes.

Happy birthday, Woobie. We greet you.