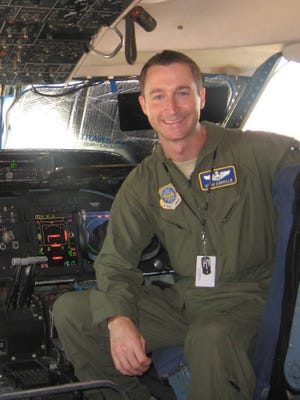 The Iberville Salute to Veterans event is back this year with two exciting crowd pleasures. The WWII Museum’s Victory Belles will perform again, and Lt. Col. Ryan Carville, a Plaquemine native and recently retired Air Force pilot who earned the Bronze Star, will be the guest speaker.

The event will take place from 11 a.m. to 1 p.m. Veterans Day, November 11, at the Iberville Veterans Memorial at 23640 Railroad Avenue in Plaquemine. The event will be moved to the Carl Grant Civic Center in Plaquemine if rain is forecast for the time of the event.

The Victory Belles were a huge hit with local audiences, offering lively performances featuring musical hits from World War II and patriotic tunes sung in three part harmony. Their performances feature dazzling costumes, choreography, and audience interaction. They have performed at many national and international events, as well as at the WWII Museum in New Orleans.

In addition, a hero from his hometown will be the guest speaker. Ryan Carville, son of Donna and Charlie Carville of Plaquemine, retired in August after 20 years of military service. Between 2001 and 2021, Lt. Col. Carville’s career in the Air Force took him to nine different assignments, including three overseas tours. He was both a pilot and an instructor pilot, flying a C-5 Galaxy 750 hours of combat over Iraq and Afghanistan.

The C-5 Galaxy is the Air Force’s largest cargo plane, capable of carrying twice the cargo of any other transport aircraft. As a C-5 pilot, he was selected into the fleet’s only special operations team, pushing the aircraft to its limits, including low-level flight in total darkness and trained for tactical operations in contested areas. He also toured as a flight instructor with the US Navy, teaching Navy and Navy student pilots.

In 2012, Carville was accepted into the Air Force Financial Management Leadership Program, where he moved from operations to leadership. In this program, he defined the budgetary policy of the headquarters of the United States Air Force in Europe and was financial director of two bases of the Air Force.

He also completed a year-long tour of Afghanistan where he worked directly with the Afghan Army, served as NATO Advisor to the Afghan Air Force Budget Chief and led 1.8 billion dollars in military sales abroad, including the purchase of military aircraft, communications equipment, ammunition and logistics. Support

He has won numerous awards and decorations, including the Bronze Star for his heroic exploits in a combat zone, as well as the Defense Meritorious Service Medal, the Meritorious Service Medal (3 clusters of oak leaves), Air Medal, Air Achievement Medal, Air Force Medal of Honor, Navy Medal of Achievement and Air Force Medal of Achievement. He is married to Anna Colleen Carville and they have two sons — Benjamin, 8, and Logan, 6.