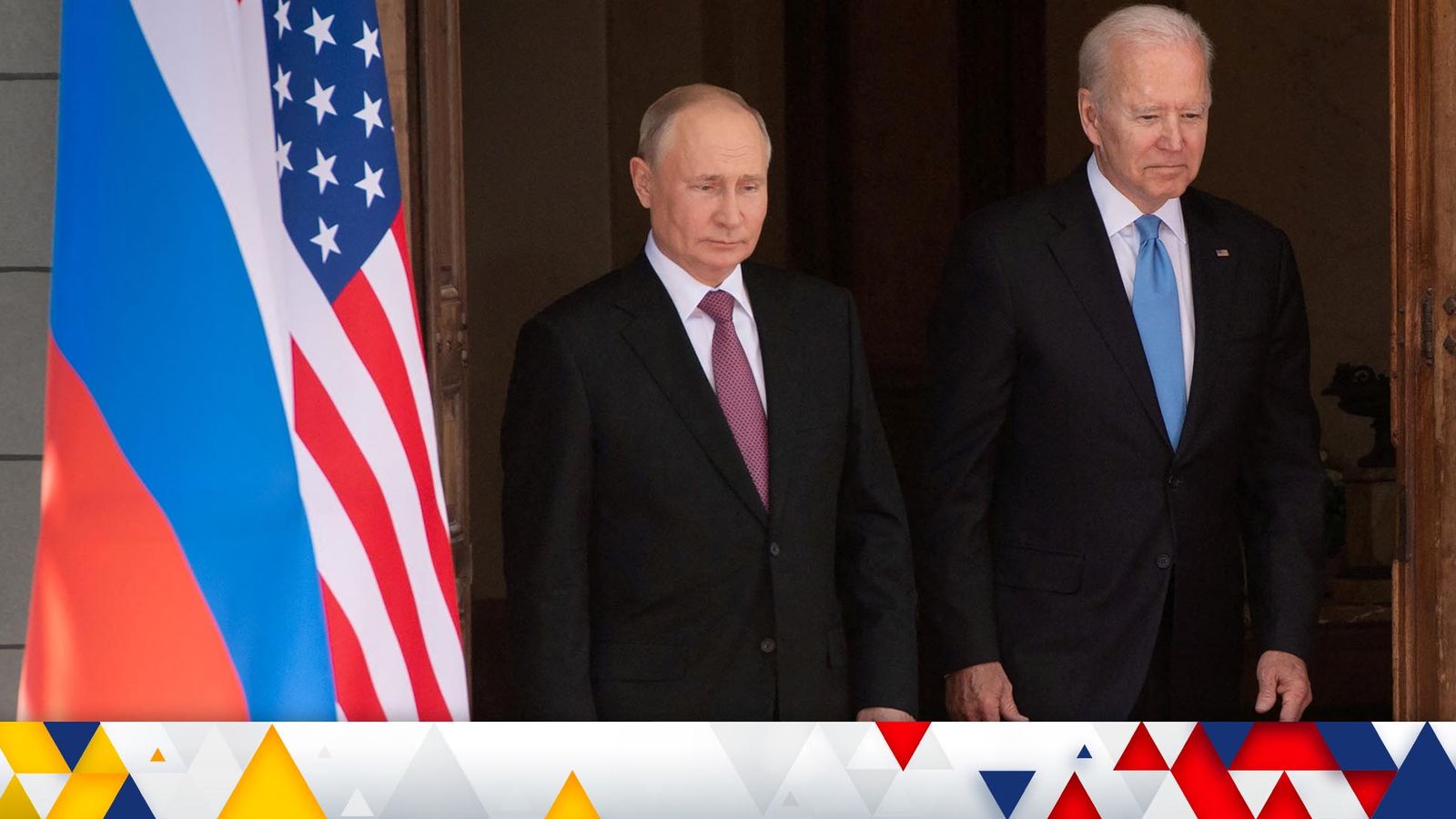 A proposed meeting between Joe Biden and Vladimir Putin is “certainly no longer in the plans,” the White House spokesman said.

Jen Psaki added that tensions over the planned invasion of Ukraine should ease before such a meeting takes place.

It came at the end of a day when Mr Putin’s decision to send troops to disputed parts of Ukraine was condemned around the world.

• US Secretary of State Antony Blinken has canceled a meeting with Russian Foreign Minister Sergei Lavrov, which was scheduled for Thursday in Geneva
• UN Secretary General Antonio Guterres said Russian troops sent to Luhansk and Donetsk “are not peacekeeping forces at all”.
• British Prime Minister Boris Johnson said that UK sanctioned five Russian banks and three oligarchsfreezing their assets in the UK and banning travel to Britain
• EU issued sanctions targeting 351 Russian politicians who voted to recognize breakaway regions
• Australia, Canada, Japan and Germany were also among the countries to announce sanctions against Russia

“This is the beginning of a Russian invasion”

Also on Tuesday, US President Joe Biden announced the first wave of sanctions against Russiaaffecting Russian banks, oligarchs and the country’s sovereign debt.

He told reporters that Russian troops had been ordered into eastern Ukraine after Mr Putin recognized the independence of Donetsk and Luhansk marked the “beginning of an invasion”.

Read more: Comparison of military forces of Russia and Ukraine

NATO members, including the United States and the United Kingdom, have moved troops to close allies of Ukraine such as Estonia, Latvia, Lithuania and Poland in recent weeks.

Vladimir Putin is expected to lay a wreath at the Tomb of the Unknown Soldier in Moscow today as the current generation of troops contemplate full-scale war in Ukraine.

The Russian president will mark Defender of the Fatherland Day, which is meant to honor military service personnel, marking the date in 1918 of the first mass recruitment into the Red Army.

Read more: How strong is NATO’s position in Eastern Europe?

On the front line in the Donbass

On Tuesday, Russian lawmakers authorized President Putin to use the armed forces abroad – a possible sign that a broader attack on Ukraine is imminent.

But he has yet to release all of the 190,000 troops he has mustered on three sides of Ukraine.

Mr Biden has yet to use the full extent of the sanctioning power available to him – other measures could include an export ban that would block American technology for Russian industries and the military, and others bans that could severely limit Russia’s ability to do business with the world.

Read more: Who are the main players in the Ukrainian crisis?

Mr Putin has set three conditions for getting out of the crisis. He called for international recognition of Crimea as part of Russia, an end to Ukraine’s bid for NATO membership and a halt to arms shipments to the country.

The West condemned the 2014 annexation of Crimea as a violation of international law and rejected Ukraine’s permanent ban on joining NATO.

Read more: ‘Showing up to a shootout with a pea shooter’: Johnson under fire from limited Russia sanctions