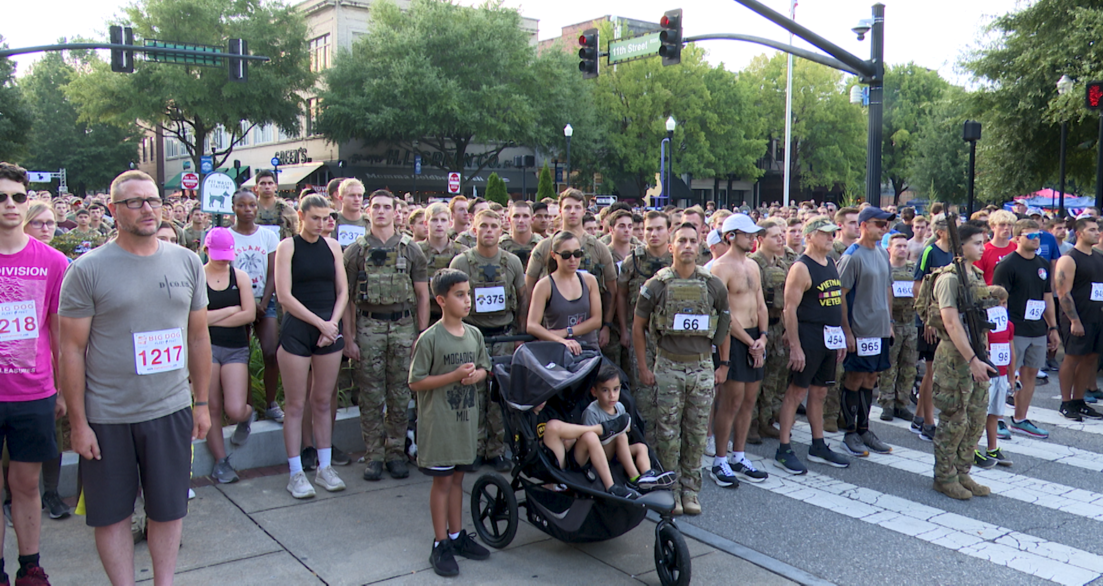 COLUMBUS, Georgia (WRBL) – Thousands of U.S. Army Rangers, service members and their families traveled to the Mogadishu Mile, to honor the Rangers who fought bravely, remember the 3 p.m. battle, and pay tribute to the 19 U.S. soldiers who lost his life.

The US military lives by the saying, no man is left behind. This mission was a perfect example.
The film Black Hawk Down, tells the story of those who fought the battle of Mogadishu in Somalia, in 1993.

News 3, had the opportunity to speak with one of the Rangers, who fought 28 years ago. Retired Major Ranger Jeff Strueker served in the Battle of Mogadishu, and he said:

All proceeds from the event directly support active duty and former Rangers, their families, and the Ranger Gold Star families of the US Army’s 75th Ranger Regiment.