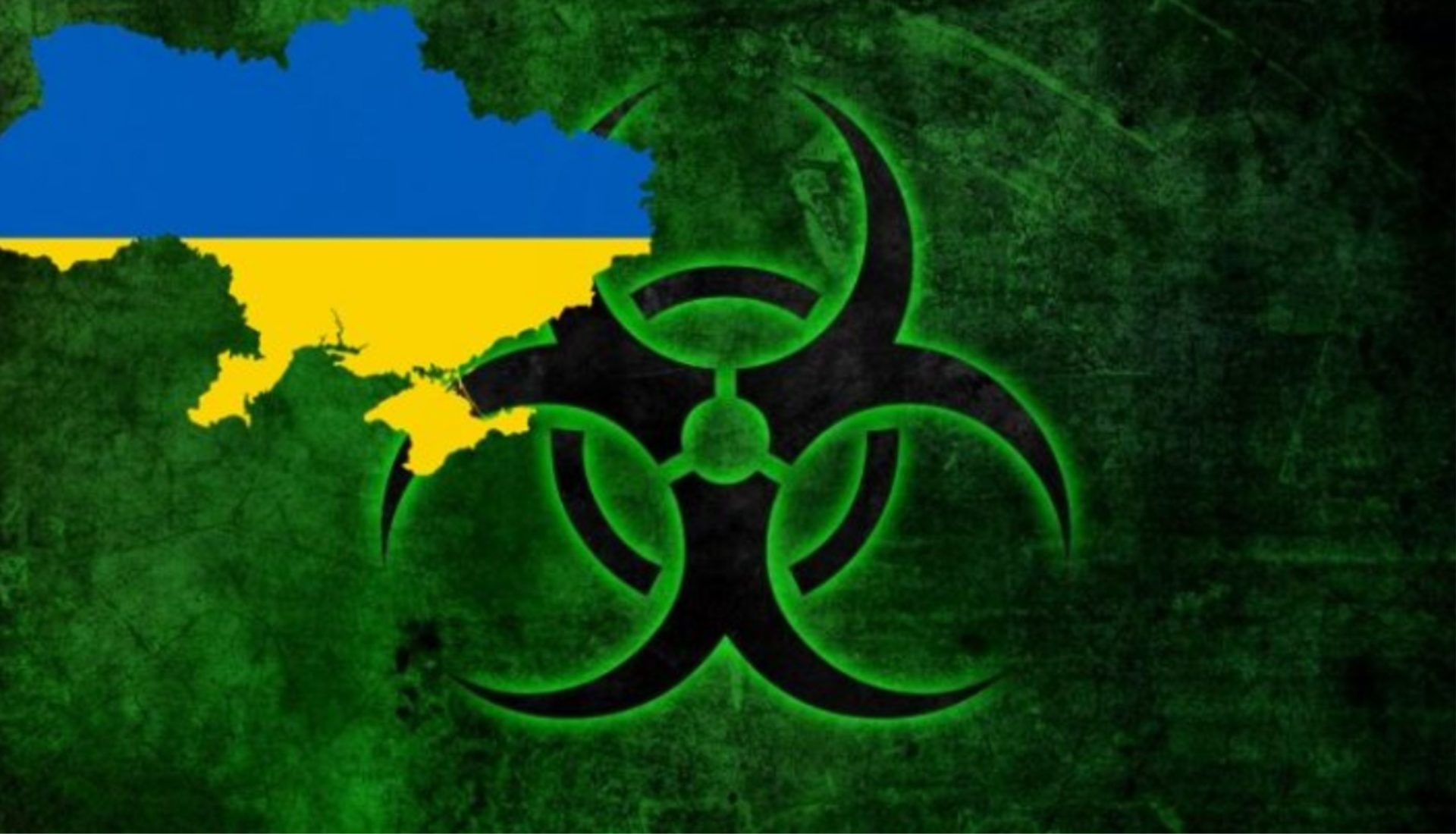 US military biological activities on the territory of Ukraine

Extract from the Telegram channel of the Ministry of Defense of the Russian Federation – translation by Saker Latin America Community.

The following is the report of the “Briefing on the results of the analysis of documents related to military biological activities of the United States on the territory of Ukraine” of April 14, 2022.
Document: https://disk.yandex.ru/d/GWeH18ux9aL17g

A special military operation by Russian troops provided additional information on US military and biological activities in Ukraine, confirming numerous violations of the Biological Weapons Convention.

Taking advantage of loopholes in international law and the lack of a clear verification mechanism, the US administration has gradually developed its bio-military capabilities in various parts of the world.

The Russian Federation has made continuous efforts to establish a verification mechanism of the BTWC (Convention on the prohibition of the development, production and stockpiling of bacteriological substances [Biological] and Toxin Weapons), but this initiative has been systematically blocked by the US-led Collective West since 2001.

The United Nations Secretary-General’s Mechanism for Investigating Suspected Use of Biological and Toxin Weapons, as well as the 1925 Geneva Protocol on the Prohibition of the Use of Asphyxiating, Poisonous or other bacteriological gases and methods of warfare and military conflicts, do not cover verification of the biological activities of States Parties. The Hague-based Organization for the Prohibition of Chemical Weapons also has no such authority.

Earlier, we provided a schematic map of the US coordination of biological laboratories and research institutes in Ukraine.

One of its components is the Science and Technology Center of Ukraine (STCU), a non-public organization that apparently has nothing to do with the Pentagon.

The Russian Ministry of Defense managed to uncover its role in US military and biological activities in Ukraine.

According to its statutes, the Ukrainian Center for Science and Technology is an international intergovernmental organization created to “…prevent the dissemination of knowledge and experience related to weapons of mass destruction…”.

Its legal status is defined by the agreement of October 25, 1993 between the governments of Ukraine, Canada, the United States and Sweden and the amending protocol of July 7, 1997.

However, the Center of Expertise on Chemical and Biological Threats of the Russian Ministry of Defense found that the main activity of the Ukrainian Science and Technology Center (STCU) is to act as a hub for the distribution of grants for research of interest to the Pentagon, including biological weapons. to research.

In recent years alone, Washington has spent over $350 million on STCU projects.

The US clients and sponsors of the Science and Technology Center of Ukraine (STCU) are the Department of State and the Department of Defense. Funding is also provided by the Environmental Protection Agency, US Departments of Agriculture, Health and Energy.

In addition, note should be taken of the document produced by the curators of the Science and Technology Center of Ukraine (STCU), dated March 11, 2022, which highlights the true nature of this organization. He notes, in quotation marks: “…there was a leak of scientific experts in the development of vectors and advanced armaments who worked for Ukrainian institutions, as well as experts in the development of biological, radiological weapons , chemical and nuclear. The best trained and experienced professionals in working with dual-use materials and technologies (between 1,000 and 4,000 professionals) found themselves in unfavorable professional and economic conditions. This makes them vulnerable to defecting to other states to participate in WMD (Weapons of Mass Destruction. Editor’s note), delivery systems and other weapons development programs…”.

By using such words, Washington actually recognizes the work of Ukrainian experts in the field of development and use of WMD delivery systems, and considers it appropriate to continue their funding.

Here are the names of the officials who have been involved in the military-biological programs.

The post of Executive Director of the Science and Technology Center of Ukraine (STCU) is held by Michael Curtis Bjelajac, an American citizen. Born on August 27, 1968 in California, he studied at Anderson University of Management in California. He holds a master’s degree in international finance and has worked in Ukraine since 1994.

The chairman, for the European Union, of the board of the Scientific and Technological Center of Ukraine (STCU), is Eddie Arthur Maier; the director, for the United States, is Phil Dolliff, who is the Deputy Assistant Secretary of the Department of State for International Security and WMD Nonproliferation Programs.

U.S. supervisors were primarily interested in dual-use research, such as Project 6166, “Development of Technologies for Modeling, Assessing, and Predicting the Effects of Conflict and Threat Spread of Weapons of Mass Destruction,” and the project 9601, “Transfer to the European Union of Ukrainian technologies for the production of complex dual-use materials”.

Many of them are aimed at the study of potential agents of biological weapons (plague, tularemia) and economically important pathogens (pathogenic avian influenza, African swine fever).

Projects P-364, 444 and 781, aimed at studying the spread of dangerous pathogens via insect vectors, wild birds and bats, were funded by the Center directly in the interest of the military department.

Please note the documents of project 3007 “Monitoring of the epidemiological and environmental situation regarding dangerous diseases of aquatic origin in Ukraine”.

During the work, Ukrainian specialists, supervised by American scientists, systematically took water samples from several major Ukrainian rivers, including the Dnieper, Danube and Dniester, as well as from the North Crimean Canal, in order to to determine the presence of particularly dangerous pathogens, including the pathogens of cholera, typhoid, hepatitis A and E, and to draw conclusions on their possible spread by water.

The project evaluated the harmful properties of selected samples and deposited the strains in a collection, then exported them to the United States.

Here is a map of Ukraine’s water resources. Their analysis shows that the results of this work can be used to create an unfavorable biological situation not only in the Russian Federation, but also in the Negroes and the Sea of ​​Azov, as well as in Eastern Europe: Belarus, Moldova and Poland.

Our concern about Washington’s activities in Ukraine stems from the fact that, contrary to its international obligations, the United States has maintained standards in domestic law that permit work in the field of biological weapons.

The United States’ ratification of the 1925 Geneva Protocol came with a number of reservations, one of which allows the use of chemical and toxin weapons in retaliation.

Under the US Federal Unity and Cohesion Against Terrorism Act, biological weapons research is permitted with the approval of the US government. The participants in this research are not criminally responsible for the development of such weapons.

Thus, the American administration implements the principle of primacy of domestic law over international law in this area. The most ethically controversial research is conducted outside national jurisdictions.

So, during the special operation in Ukraine, it was established that American scientists from a laboratory in Merefa (Kharkov region) were testing potentially dangerous biological drugs on patients of the Regional Clinical Psychiatric Hospital No. Kharkov between 2019 and 2021.

People with mental disorders were selected for the experiments based on their age, nationality and immune status. Special forms were used to record the results of 24-hour patient monitoring. The information was not entered into the hospital’s database, and staff at the medical facility signed a confidentiality agreement.

In January 2022, Merefa’s laboratory was closed and all equipment and preparations were moved west to Ukraine.

There are several witnesses to these inhuman experiences, whose names we cannot reveal for security reasons.

Finally, in a previous report, we described a technical device for the delivery and application of biological formulations that has been patented in the United States.

At the same time, it was noted that Ukraine sent a request to the manufacturing company regarding the possibility of equipping Bayraktar drones with aerosol equipment.

It is worrying that on March 9, three drones equipped with 30-liter containers and formulation spraying equipment were detected by Russian reconnaissance units in the Kherson region.

As of January 2022, Ukraine is said to have purchased more than 50 such devices through intermediary organizations, which can be used to apply biological formulations and toxic chemicals.

We continue to analyze evidence of crimes committed by the US administration and the kyiv regime in Ukraine.

We recommend that you read the article on US military biological activities on the territory of Ukraine – Saker Community Latin America (sakerlatam.es), where you can enlarge the photos.

The original article can be found here