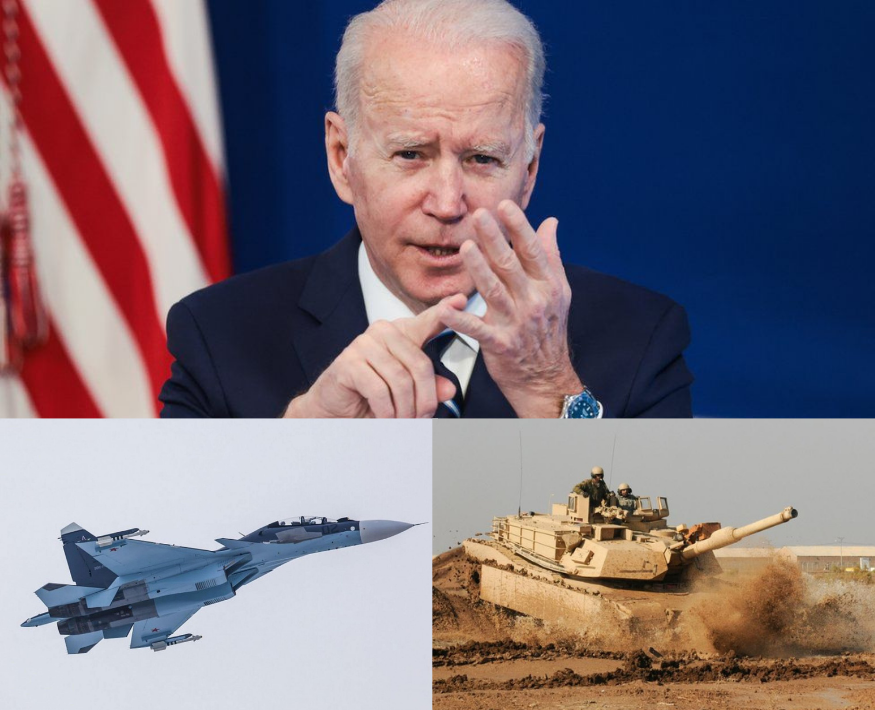 US Military Doctrine Changes to Protect Capitalism and Threaten the World

In the run-up to the Russia-Ukraine confrontation and Russian invasion, the United States government announced its new military doctrine. His new approach and how he could maintain control was expressed in a Pentagon-drafted document, the National Defense Strategy, which became official policy.

This meant abandoning its “war on terror” approach and resuming its efforts to remain the preeminent military power. The invasions of Afghanistan and Iraq were sold as a way to protect the world from threat. The result was insecurity and the massacre of hundreds of thousands of civilians. The United States began to realize that the vestiges of its international prestige were in tatters and, as its economic power was also declining, something had to be done.

The word from Washington was: “Today we are emerging from a period of strategic atrophy, aware that our competitive military advantage has been eroded…Strategic competition between states, not terrorism, is now the primary concern of the national security of the United States.

The purpose of the new military doctrine has been clarified. America must remain “the preeminent military power in the world” and that it was important that “the balance of power should remain in our favour” and that the world be organized in the way “most conducive to our security and our prosperity”. …and preserve market access.

The United States has upped the ante in the years since the creation of this document. He certainly manipulated events in Europe to serve his best interests and Russia, feeling the heat and no doubt fearing further NATO encroachment, reacted in exactly the way the United States wanted. Russia has demonized itself and allowed the United States to parade as supporters of freedom and sovereignty.

The same new military doctrine explains why the United States is focusing its efforts against China, bringing the world to the brink. All of this, as the Defense Strategy tells us, is primarily aimed at “preserving market access”.

The fact that the United States felt the need to change direction and focus more directly on great power rivalry is telling.

It is no secret that its place as a world hegemon, politically, economically and militarily, is seriously threatened.

The fact that he is willing to go public is also telling. Every time the United States has made a significant policy change, it has been done in the light: the world is supposed to know. Each line change is designed to let potential enemies see what might be in store, and to let possibly reluctant allies know the price that breaking the alliance could bring.

What’s also important to remember is that these policy changes are being made with fanfare and near-universal support from the corporate media. This should come as no surprise as the media is, ultimately, an arm of the state and plays a pivotal role in maintaining a sense of unity among the people.

So, if the United States announced a new military doctrine, what about previous versions? In the early 1960s, President Lyndon Johnson implemented a policy that would allow the United States to be able to wage war simultaneously against the Soviet Union and China, while allowing what has been described as a “small” war in a regional context.

At the end of the 1960s and under the presidency of Richard Nixon, all of this had to be redesigned. China and the USSR were no longer allies, and the Vietnam War captured US attention. The policy changed, accordingly, to give the United States the ability to wage war against a major power while allowing it to fight a regional conflict.

The next big step was taken by George Bush senior in 1990. His line was based on the fact that the Soviet Union was disintegrating and, of course, China was firmly in the capitalist camp. Any potential force would, he said, be used against “regional threats”.

US foreign policy, based on military might and power projection, changed dramatically with its “war on terror” campaign that unleashed devastation for a quarter of a century. It was a policy that developed almost inevitably from his earlier promotion and support of mujahideen fighters in Afghanistan during the period of Soviet occupation. By arming and supporting Osama bin Laden, a Pandora’s box has been opened, and the desert created is there for all to enjoy.

In 2014, President Barak Obama addressed officers at West Point, stating bluntly that “the United States will use military force, unilaterally, if necessary, when our fundamental interests demand it.”

The US armed forces have dropped an average of 46 bombs a day for the past 20 years. The US War on Terror has permanently or temporarily displaced more than 30 million people and resulted in the deaths of more than 900,000 people, including 360,000 civilians.

Whatever military doctrine the United States implements, it is inevitably portrayed as having certain clear and unchanging components.

The first is that the policy exists to assure allies that they will remain safe, or possibly to compel allies to comply with it.

The second is, officially, to convince adversaries that they should not threaten the United States or its “interests”. The last thing is to make sure everyone understands that if deterrence doesn’t work, then the might of the US military will prevail.

The fact that an imperialist power like the United States expects the world to dance to its tune is not entirely surprising. It goes with the territory to be the world hegemon. The fact that he can be so brazen in letting the world know what he thinks becomes a tactical, even psychological weapon.

What is particularly significant in all of this is the power of the media to sell the idea that every change in direction and every change in military doctrine is not simply in America’s interest but in the best interests of the world.

Marx and Engels wrote about class and how the ideas of a ruling class in any society are inherently its ruling ideas. It becomes virtually impossible to think other than the way we are conditioned to think.

The media, as the vital arm of the state, shows this. American leaders changed tactics as necessity demanded to ensure they remained the supreme world power, and the world’s media sold the changes like an advertiser would sell breakfast food.

American foreign policy has been framed by the projection of force and the crudest threats against real or imagined enemies and potentially reluctant allies. As current President Joe Biden so grotesquely put it and the message rings in our ears: “If I had to bet on which country is going to be the economic leader in the 21st century… I would bet on the United States. But I would put it another way: it’s never a good bet to bet against the United States.

Our managers know where the pitch is and none of them are players.