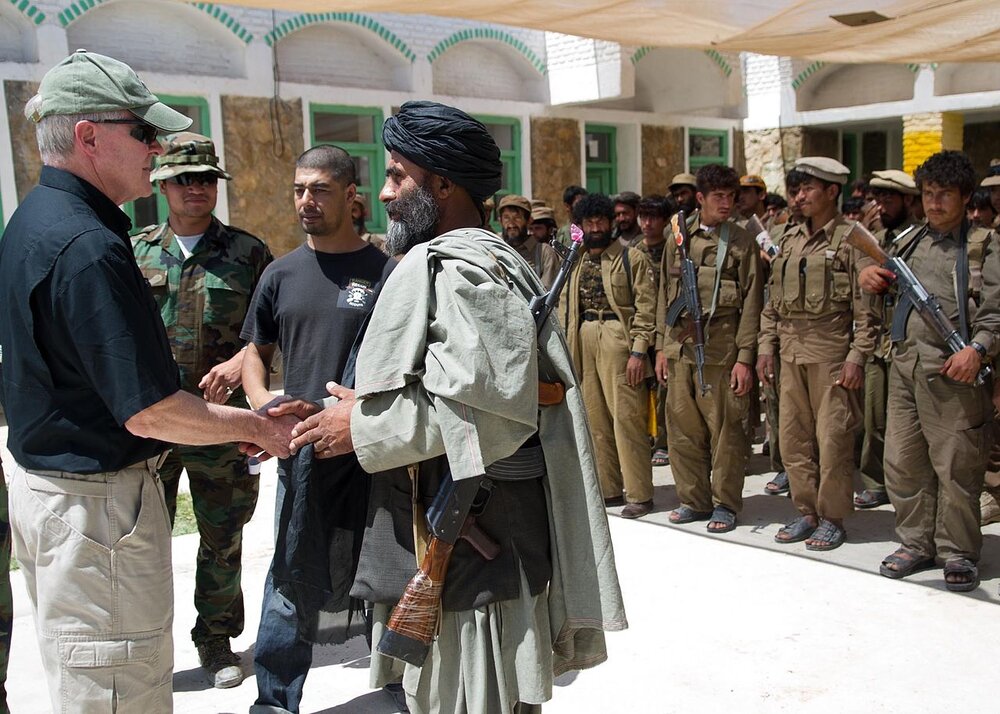 TEHRAN – In what could be one of the most disastrous results of 20 years of lawless US occupation of Afghanistan and the chaotic withdrawal that followed; a report suggests that former members of the US-trained Afghan intelligence services and elite military units have joined the Daesh Takfiri terrorist group operating in the country.

For starters, prior to the US-led invasion in 2001, there was no Takfiri terrorist entity called Daesh. Not in Afghanistan, not in West Asia, or anywhere else in the world. It was only after the so-called â€œwar on terrorâ€ of the United States and the subsequent occupation of Afghanistan, Iraq and Syria that terrorist groups with extremely takfiri ideologies emerged. Such as the Front Nosra affiliated with al-Qaeda which cuts off the heads of civilians in front of the village elders to earn a living and the much more barbaric Daesh Takfiri group. There are many more of these organizations but not enough space to name them.

Many have accused the United States and its allies of creating and funding these Takfiri terrorist groups; among those who made the allegations were former US President Donald Trump who blamed his predecessors. Thanks to Wikileaks which leaked Hillary Clinton’s emails, the former US Secretary of State said: “We must use our diplomatic and more traditional means of intelligence to put pressure on the governments of Qatar and Saudi Arabia. , which provide clandestine financial and logistical support. to ISIL and other radical Sunni groups in the region.

What about President Joe Biden himself? He had previously told students at Harvard Kennedy School â€œour biggest problem was our allies, the Turksâ€¦ the Saudis, the Emirates etc, what were they doing? They were so determined to take down (Syrian President Bashar al) Assad and essentially wage a Sunni-Shiite proxy war, what did they do? They have poured hundreds of millions of dollars and tens, thousands of tons of weapons on anyone who would fight Assad. He added that these policies ended up helping takfiri militants linked to al-Qaeda and ultimately Daesh.

Countries like Russia, Iraq, Iran, Syria, Lebanon and others have long accused the United States of supporting Daesh.

Remember America supported the militants against the Soviet Union who formed the terrorist group Al Qaeda, America supported the former Iraqi regime of Saddam Hussein who became a monster, the same can be said activists in Libya, Iraq and Syria. Some analysts say that US foreign policy in West Asia has always been a disaster with the creation of terrorist groups and instability. But the real question is whether this policy is intentional? Certainly, after decades, a country would learn that arming the wrong groups over and over again will create terror; yet this does not appear to be the case for America.

So, is it really surprising to hear reports that Taliban leaders and former Afghan republic security officials claim that the number of U.S.-trained defectors joining the Daesh terrorist group is relatively low, but increasing? And most importantly, these new recruits bring vital intelligence gathering and warfare expertise to Daesh, potentially enhancing the extremist organization’s ability to challenge Taliban supremacy. Or to put it more simply, perpetuate instability, violence and terror in Afghanistan. Continue the status quo before the US pulls out.

After all, trillions of dollars have been spent on this occupation, so why would America want to see stability or security in the country. If that were the case, Washington would not have led the invasion 20 years ago with the aim of provoking sedition in West Asia and surrounding the Islamic Republic of Iran by invading Iraq as well.

In Syria and Iraq, some groups started out as Al Qaeda terrorists, then renamed their names (or were ordered to do so) to obtain funds and weapons; then changed their name again, like Front Nosra for example. But they never changed their ideology. And if you ask any military expert; they will tell you that defeating a terrorist group on the battlefield is only part of the solution. You have to overcome ideology and this is something that cannot be achieved by guns.

Countries like Russia, Iraq, Iran, Syria, Lebanon and others have long accused the United States of supporting Daesh. Are you really going to invade and occupy an entire country to eliminate Osama Bin Laden, a single terrorist? An individual who could have been killed in a drone strike in Afghanistan; because it turned out he wasn’t in Afghanistan in the first place anyway. Too bad for American intelligence.

What makes this Wall Street Journal report more disturbing to the international community are the recent comments by the Russian military. Dmitry Shugayev, head of the Russian Federal Service for Military-Technical Cooperation, said the large amount of advanced US military equipment left behind in Afghanistan could appear on the black market, creating problems for the whole world. He warns that â€œthe Americans wasted a colossal amount of money on arms and other military equipment has become a terrible headache not only for Afghanistan but also for the whole world to some extent because various terrorist organizations are there. cut off. We must not exclude that they can lay eggs [their] get their hands on this arsenal if they haven’t already â€

He also warned that there was a high risk that these weapons would start to be sold in the illegal market. â€œIn other words, they can surface anywhere in the world. In all likelihood, very bad surprises can be in store for us. Especially since the equipment the United States left behind is much more serious than popguns. “

According to the President of Kazakhstan, Kassym-Jomart Tokayev, on the day that US troops withdrew from Afghanistan, they gave up $ 85 billion in sophisticated weapons. Other separate reports had also shown a similar figure, with some referring to former US President Donald Trump as the source.

According to the Wall Street Journal, an Afghan National Army officer who commanded the army’s arms and ammunition depot in the southeastern province of Paktia joined Daesh and was killed a week ago in a clash with Taliban forces, according to a former Afghan official who knew him. The former official said several other men whom he knew all members of the intelligence services and army of the former Afghan republic also joined ISIS after the Taliban searched their homes and demanded that they go. present to the new authorities of the country.

The WSJ also reports that a resident of the northern district of Kabul says his cousin; a former senior member of the Afghan special forces, disappeared in September and was now part of an ISIS terrorist cell. Four other members of the Afghan National Army that the man knew enlisted with the terrorists.

Rahmatullah Nabil, former head of the Afghan spy agency, the National Security Directorate, who left the country shortly before the Taliban takeover, said: â€œIn some areas, Daesh has become very attractive. “For former members of the Afghan security and defense forces” who have been left behind. â€œIf there had been resistance, they would have joined the resistance. But he said: â€œAt the moment, Daesh is the only other armed group. “

It seems close to what the American deep state is trying to implement. Withdraw from the country after 20 years of violence, but leave behind $ 85 billion in sophisticated weapons, leave behind a security vacuum, and leave tens of thousands of unpaid ex-soldiers and Daesh terrorists with plenty of money to pay them. Then expand Daesh into Afghanistan and use the group as a proxy to continue bombing mosques and other forms of insecurity. And it’s not hard to believe that Daesh leaders have always been told about the plan.

Here are the CCISD graduation dates