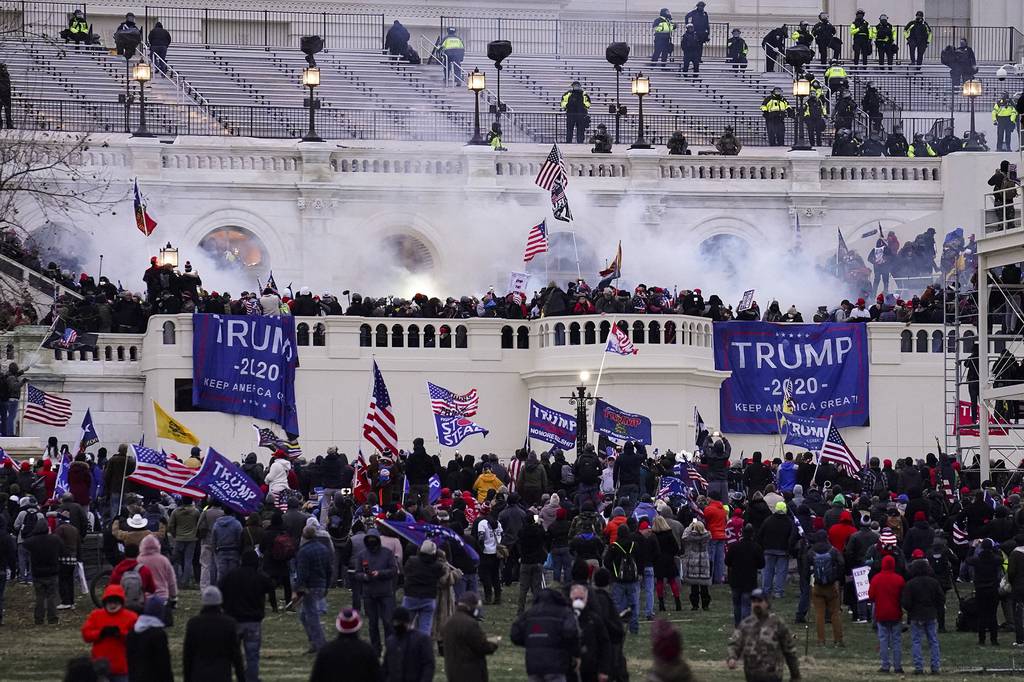 A former Virginia police officer who testified against a friend and former supervisor he joined on Capitol Hill during the Jan. 6 uprising avoided jail on Tuesday for his role in it.

Former Rocky Mount police officer Jacob Fracker has pleaded guilty to conspiring with his colleague to prevent Congress from certifying Joe Biden’s 2020 election victory over then-President Donald Trump and has was sentenced to one year of probation, with 59 days of house arrest.

Prosecutors did not seek jail time for Fracker, pointing to his substantial cooperation and testimony at the trial against the former Rocky Mount Police sergeant. Thomas Robertson. Fracker’s cooperation came at a “heavy personal cost,” prosecutors said, noting that Robertson was not only Fracker’s co-worker, but also a father figure he sometimes referred to as “dad.”

Robertson, an Army veteran who was found guilty by a jury of attacking the Capitol to prevent Congress from certifying the Electoral College vote on Jan. 6, 2021, was sentenced last week to more than seven years behind bars. This matches the longest prison sentence to date among hundreds of Capitol riot cases.

Fracker, a Marine Corps veteran, told jurors that Robertson invited him to Washington, DC, to see Trump speak. The two off-duty officers traveled to Washington in the morning with a third man and donned gas masks as they approached the Capitol and joined the rioting crowd.

During his sentencing hearing in federal court in Washington, Fracker apologized for his actions.

“Yes, I was there with someone else. Yes, I was there because I trusted him based on lies, but he didn’t tell me how to act that day. I acted on my own and I apologize for that,” Fracker told the judge.

Rocky Mount, a town of about 5,000 people about a four-hour drive southwest of Washington, fired Robertson and Fracker after the deadly riot.

Robertson and Fracker are among approximately 850 people who have been charged with federal crimes for their conduct on Jan. 6. Over 350 of them have pleaded guilty, mostly to misdemeanors, and over 230 have been convicted.