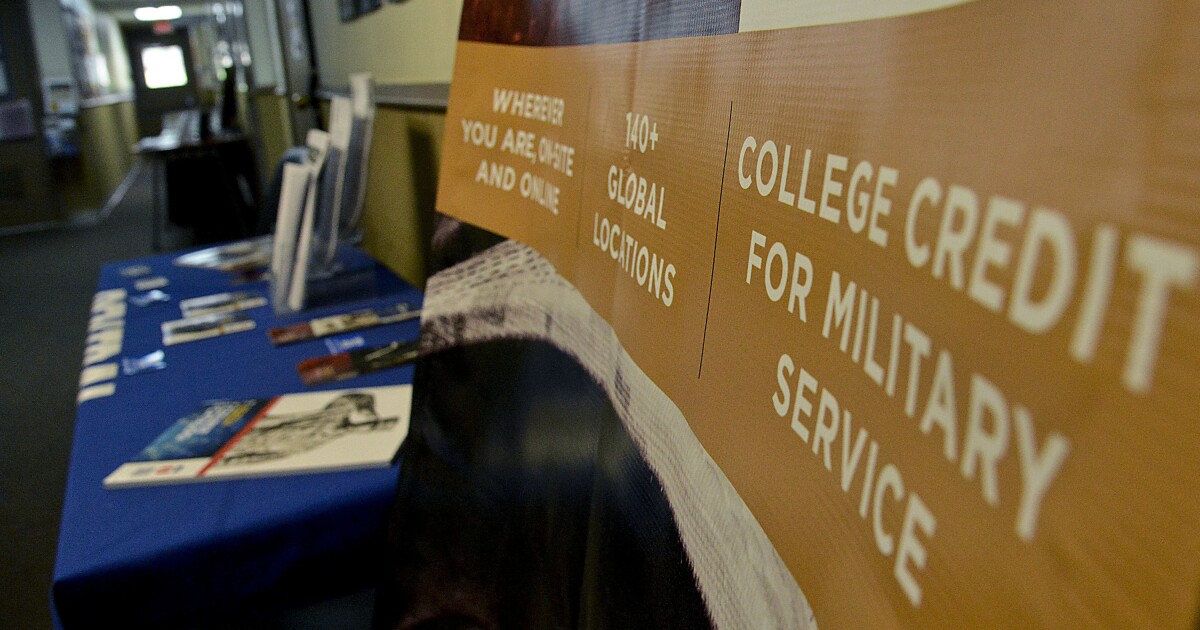 Like many veterans and military personnel across the country, Daugherty said she enrolled in hopes of receiving a good education.

In 2014, she began pursuing a doctorate. in sport and performance psychology. She said she told the recruiter that she had already used most of her GI bill for her bachelor’s and master’s degrees.

“With this knowledge, the school promised me that they would provide the yellow ribbon and other funds to make up for any shortfall after my GI bill ran out. This promise was a big part of my decision to going to the University of the Rockies, because I was worried about funding for my PhD,” Daugherty said.

However, she said the GI Bill only covered two classes and she was forced to take out student loans. Eight years later, she said she was still in school with over $200,000 in debt.

“Although the school told me that they would provide all the necessary resources for my thesis, they failed in every possible way. My school did not provide feedback on my writings and instead told me to “hire a professional editor to review my work. Besides having access to the school library, I’m pretty much on my own to work on my thesis,” she said.

In an effort to address these issues, Daugherty reached out to Veterans Education Success, an organization that champions the careers and education of veterans.

“We have received complaints from many, many veterans from at least 10 very large, for-profit institutions that many veterans are not really being told the truth,” said Chris Madaio, vice president of legal affairs. at Veterans Education Success.

He said the problem is what is called the 90/10 loophole.

“It says for-profit colleges must have at least 10 percent of their total revenue coming from non-federal money,” Madaio said. “Here’s the loophole: Veterans’ dollars, GI Bill dollars, didn’t count in federal dollars, so they counted as the 10% of money that was ‘other’ that was supposed to be non-federal dollars. is ridiculous because obviously the GI Bill is federal money.”

“Students are a critical voice to come forward and say, ‘I’ve been hurt by the status quo,'” Madaio said.

These experiences shouldn’t deter service members from pursuing higher education, just encourage them to be a little more careful when researching where to go.

Madaio said there are red flags people can pay attention to:

Madaio went on to say, “[Recruiters] Put pressure on [the potential student]. They talk about how, you know, your GI bill will cover everything when it often doesn’t. In some of these for-profit schools, their tuition fees are very high, especially for the low quality of education they receive.”

The for-profit colleges deny their acceptances are hurting students and have said if new regulations are put in place in 2023, it could make it harder to recruit veterans.

The national hearing before the Ministry of Education will be held until Friday. Daugherty will speak at 4 p.m. Wednesday. You can watch online by registering here.

As for a timetable, discussions will take place within the Ministry of Education in January and in the spring or summer, probably in March, they will draft any proposed regulations. Then, lawmakers will open the floor for written comments.

Madaio said he hoped that by November 1, a rule would be drafted and that it could go into effect by July 1, 2023.

Afghanistan: US military releases videos of drone attack in Kabul that killed 10 civilians