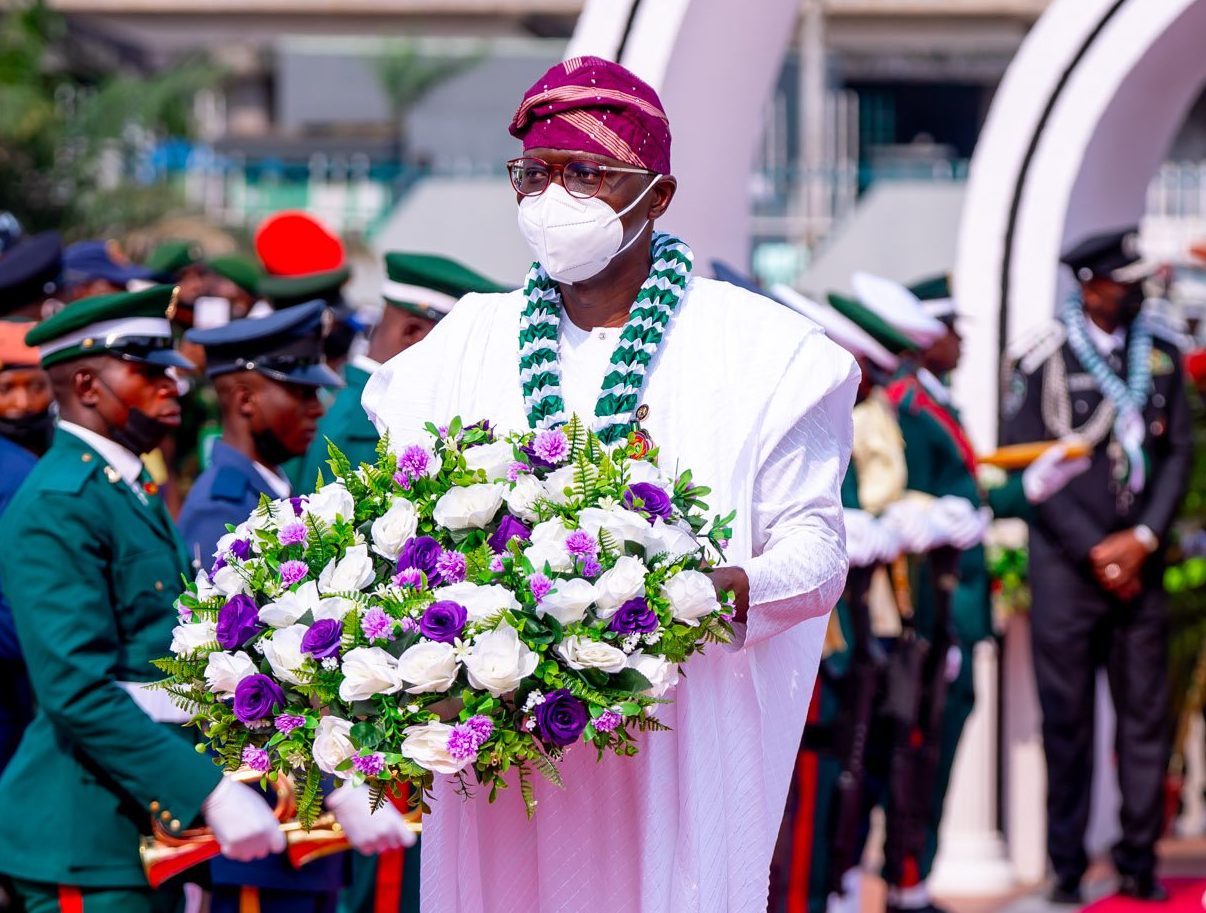 We will not forget our fallen soldiers, abandon veterans, says Sanwo-Olu

Lagos State Governor Babajide Sanwo-Olu said the state government will continue to remember the members of the Nigerian Armed Forces who died while defending the sovereignty and territorial integrity of the nation.

The governor said this Saturday during a short ceremony to commemorate Armed Forces Memorial Day.

During the ceremony, held at Remembrance Arcade, Tafawa Balewa Square, Onikan, Sanwo-Olu laid the wreath in honor of fallen servicemen.

The statement added that a few days ago, the governor honored a pledge of N50 million to the Lagos Command of the Nigerian Legion, in addition to employing more than 5,000 military veterans as security guards in the public schools, hospitals and government facilities.

“Today we have come out in honor and remembrance of the deceased members of the Nigerian Armed Forces, who at one time or another had rendered great service to our nation and had paid the supreme price to maintain our Unity and Our Security As an annual tradition, the state government gathers with military formations and veterans to commemorate this day in their honor and say that their sacrifices are not in vain.

“It is about continuing to encourage the men of the Nigerian Armed Forces and showing them that the country will continue to remember them and ensure that their efforts are not in vain. As a government, we support our soldiers to ensure the security of the territorial integrity of this nation, while working with them in the areas of intelligence gathering to ensure that Lagos remains safe for our citizens and visitors.

All rights reserved. This material and any other digital content on this website may not be reproduced, published, broadcast, rewritten or redistributed in whole or in part without the prior express written permission of PUNCH.