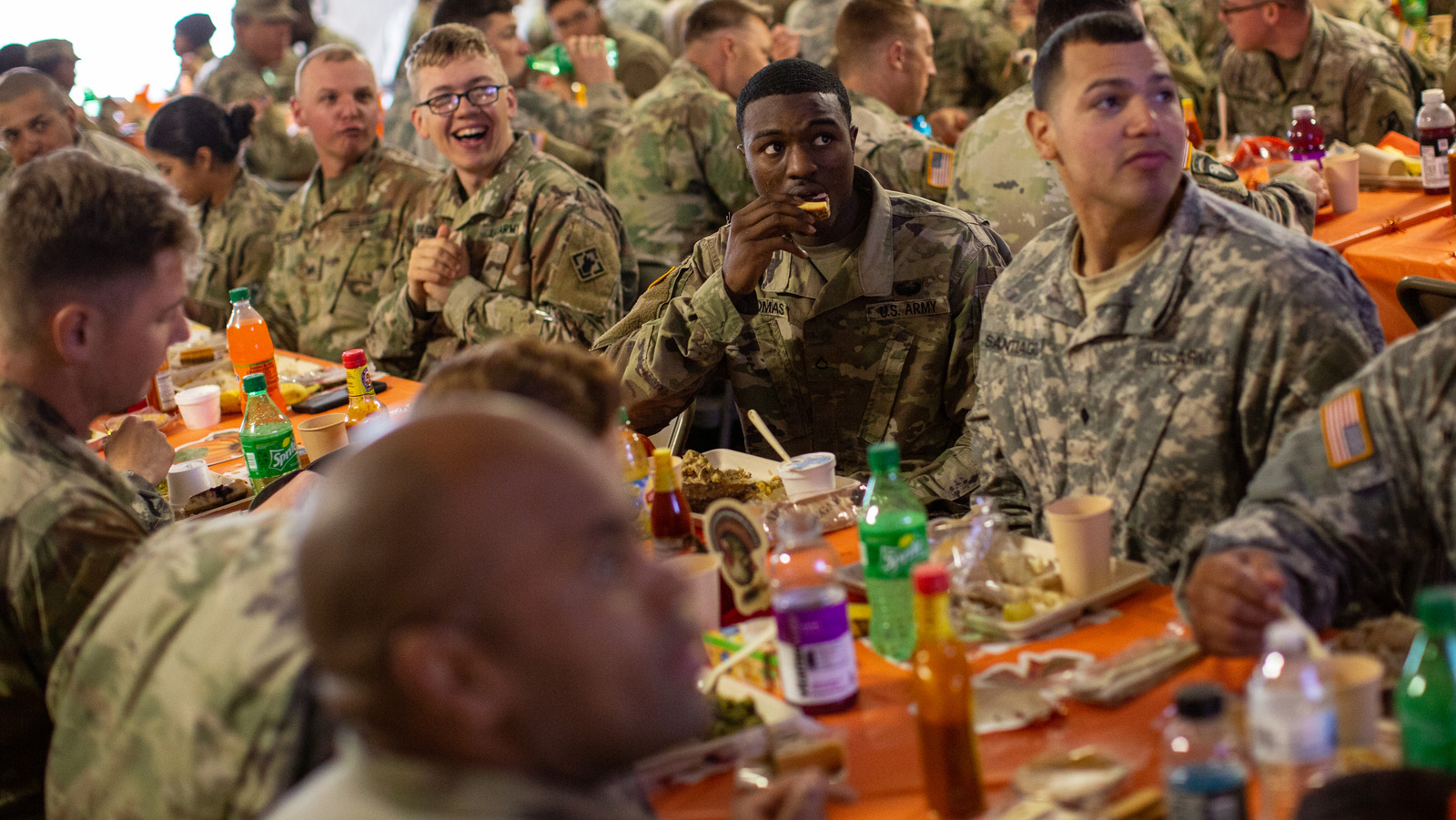 You might get the impression that the US military treats its soldiers with a “you get what you get and you don’t get angry” mentality. Fortunately, for those men and women who protect our freedom, this line of thinking is seriously flawed. In fact, the military doesn’t just make sure its members are well-fed with whatever their heart seemingly desires. This requires dining rooms to contain a wide variety of options at all meals, forcing menus to offer “appealing, nutritious and healthy food choices”. […] of each food group,” according to the 2019 Army Food Program.

In the past, hungry troops could choose from a number of incredibly indulgent choices, from fried foods to rich desserts (via Slate). But the U.S. military’s renewed emphasis on nutrition in recent years, including its Go for Green program and standards, means that many of those once unhealthy choices have been replaced with smarter, healthier choices, but equally appetizing.