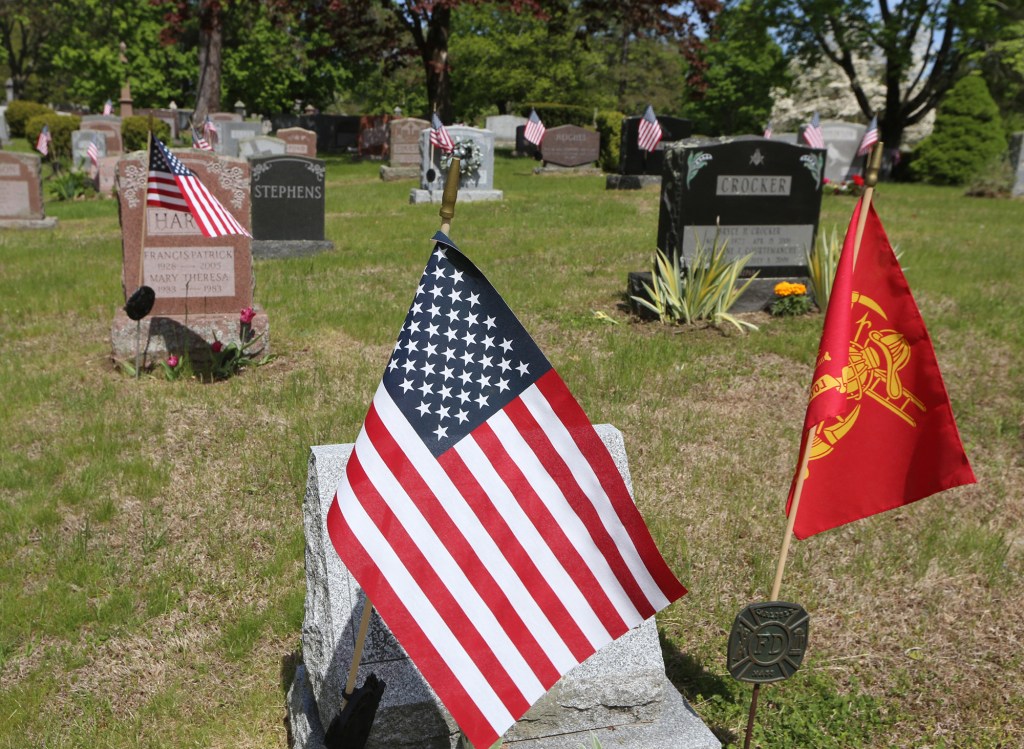 Westford’s appreciation for its military veterans can be seen throughout the year, but especially on Memorial Day. Traditionally, the town of Westford holds a Memorial Day service on the Sunday before the last Monday in May. Originally called Decoration Day, Memorial Day was created after the Civil War to recognize veterans who sacrificed their lives for our country. Across the country, flowers were placed on the graves of soldiers honoring their military service.

Today, we continue to honor our Westford veterans by placing American flags at veterans’ graves in the city’s seven cemeteries. (For a complete list of veterans buried in Westford, visit https://data.westfordma.gov/vets.)

In Westford, Memorial Day traditions are observed on the Sunday of Memorial Day weekend beginning early in the day as Westford-based veterans service organizations, the American Legion and Veterans of Foreign Wars, as well as The city’s color guards render the honors by laying wreaths at the military monuments located in each of the villages—Forge Village, Graniteville, and Nabnasset.

After the village tributes, residents gather at the band’s stand on the Town Common to hear community volunteers read the Roll of Honor, a list of now deceased Westford veterans who served in all conflicts since the War of Independence. (For a complete list, see https://data.westfordma.gov/honorroll).

A solemn Memorial Day procession follows through the town centre, paying the respects to each of the war memorials on the Common. Once completed, ceremonies held at the Band Stand on the Common continue to mark the occasion, with the participation of city officials, scout troops and musicians from Westford Academy.

Westford has long been a community that recognizes the contribution of veterans with local memorials, monuments and signs of recognition. In recent years, the efforts of Westford Remembers, Inc., a charitable organization in the city, have assisted in the maintenance and restoration of the city’s existing memorials as well as the planning of future patriotic monuments. As part of the ongoing effort, the group launched a fundraising project for veterans/first-used T-shirts on Veterans Day 2021. The campaign placed 87 “Thank you to Our Veterans” around the township ahead of the Veterans Day service held on November 11.

The Westford Select Board recently granted Westford Remembers permission to continue displaying veterans signs on the days leading up to Memorial Day and Veterans Day this year. Existing signs will be placed around the common. New signs were available for those who could donate to the city’s memorials fundraising effort.

Westford Remembers can be contacted via [email protected]