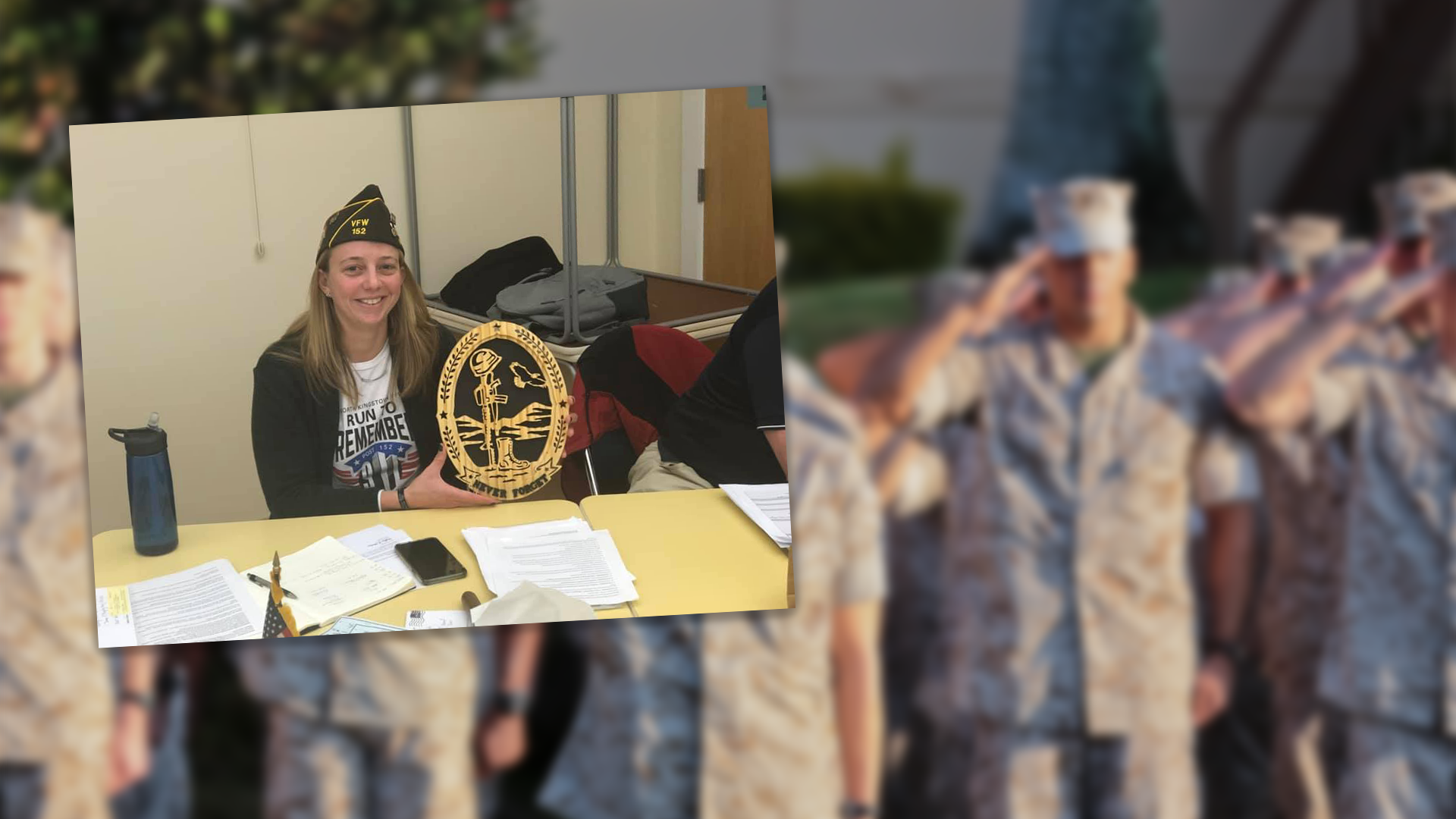 A prominent veterans group is repaying donations it collected for a woman accused of falsely claiming to be a Marine Corps veteran with a Purple Heart and Bronze Star medal for bravery who suffered from breast cancer stage IV lung.

“To be clear, no money was received by this individual, the HunterSeven Foundation did not fundraise for this specific individual, and any donations that resulted from sharing this individual’s story were refunded to their original form of payment through our online fundraising platform, “the HunterSeven Foundation said in a statement to Task & Purpose. “We are discouraged by this circumstance, but we will not allow it to derail us from our mission to help those in need.”

Several weeks ago, the woman sent a request for urgent assistance to the foundation, then provided documents to support her requests, the nonprofit organization announced in a January 31 letter to donors. .

When the HunterSeven Foundation was alerted to questions about the woman’s alleged military service, the charity investigated the matter with the Departments of Defense and Veterans Affairs, according to the letter, which was obtained by Task & Purpose.

“We were horrified to learn that it was in fact fraudulent military service, financial records and medical treatment,” according to the letter, which does not include the woman’s name. “Upon learning of this information, the Foundation contacted local and federal authorities and simultaneously promptly stopped payment of an initial check that had been sent.”

Chelsey Simoni, executive director of the HunterSeven Foundation, referred questions about the woman in question to federal investigators.

Task & Purpose obtained a copy of the document the woman sent to the HunterSeven Foundation, which she said was her military discharge document DD-214. It lists her full name as Sarah Cavanaugh, who according to various media outlets is a Navy veteran and commanding officer of Post 152 Veterans of Foreign Wars in Rhode Island.

The Marine Corps has no records for a “Sarah Cavanaugh” or for a Marine with the Social Security number listed on DD-214, said Yvonne Carlock, spokeswoman for Manpower & Reserve Affairs.

A Facebook group run by female Navy veterans worked with the HunterSeven Foundation to see if they could verify Cavanaugh’s service as a Marine, one of the group’s administrators said. Members immediately noticed discrepancies in Cavanaugh’s comments to the media about where and when she deployed, as well as issues with the awards she wore on her uniform.

On Tuesday, Cavanaugh told Task & Purpose that she never told HunterSeven that she was a marine with cancer. She also said she never sent the charity a DD-214 as proof that she had served in the Marine Corps. “I do not intend to accept donations from charities,” Cavanaugh said in a phone interview with Task & Purpose.

She said she had never been affiliated with VFW Post 152. She did not respond when asked if she had ever served as the post commander. VFW officials confirmed Cavanaugh had served as Commanding Officer of Station 152, but she resigned on Monday.

VFW spokesman Rob Couture said the group is investigating Cavanaugh for possibly falsifying his military record. “It is up to the member to provide verification of their service and we have processes and policies in place on how we can verify this,” Couture said.

Cavanaugh also claimed that the HunterSeven Foundation contacted her, not the other way around.

“They contacted me directly saying they heard things about me, they knew my story, or something about a story, someone gave them my name,” Cavanaugh said. . “These were indirect referrals to a third party. I have never used this charity. I didn’t, you know. I wasn’t aware of the posts they were going to do to raise funds or anything like that.

However, Marine Major Thomas Schueman, founder of the non-profit veterans group Abbate Patrol Basesaid Cavanaugh told him she was dying of cancer from toxic exposure to burning fireplaces, and she also provided him with a DD-214 which ultimately turned out to be riddled with mismatches.

Schueman said he met Cavanaugh after seeing that she had posted a GoFundMe fundraiser in which she claimed to have cancer. She also claimed to have received the Purple Heart and Bronze Star with the “V” device.

During a conversation lasting about 90 minutes, Cavanaugh told Schueman that she was injured in Afghanistan and medically evacuated to Germany and then to Walter Reed National Military Medical Center, he said.

“She told me about her injury recoveries; how she was medically retired as a staff sergeant and then how a few years ago she said she was coughing and started coughing up blood so she went to the doctor, and that she had had stage IV lung cancer and it had spread to her bones and brain and that she had between one and two years of life left, depending on the timeline the doctor gave her , because it was not curable at that time, only treatable,” Schueman said.

Schueman was so moved by Cavanaugh’s story that he considered hiring him at Patrol Base Abbate. But discrepancies quickly appeared in his account.

She told him that her twin brother had been killed in Iraq and buried in Arlington National Cemetery, but a member of Abbate Patrol Base who visited the grave noticed it was a Marine killed in Afghanistan who was unrelated to her, Schueman said.

Cavanaugh also submitted artwork for an art fair that wasn’t hers, then Schueman noticed issues on the DD-214 she had submitted, which showed her rank at the time of the split in as a corporal. The document also did not say that she had been medically retired.

“She said, ‘Oh, I was court-martialed before I got out of the Marine Corps because I was sexually assaulted by my commanding officer on the ship and I shot him when he tried to sexually assault me. ‘” Schueman said. “And I’m like ‘OK.’ So she said, “I’ve been downgraded two places.”

However, when Schueman sent DD-214 to his contacts in the Marine Corps, he learned that the Department of Defense identification number on the document belonged to a male corporal. Cavanaugh was also not listed in any of the award databases for the Purple Heart and Bronze Star.

When he confronted her with these issues, she claimed to be the victim of a Marine Corps plot to erase her identity because she had shot her commanding officer, Schueman said.

Kate Mannion, co-host of the Zero Blog Thirty podcast, first revealed the alleged deception during Monday’s episode. Mannion said she had sent the HunterSeven Foundation a donation for the woman, who she said had been injured in a roadside bomb blast.

“If she had got away with it, it’s money and attention for a cause that could have gone to someone who really, really needed it,” Mannion said. “If you look at who HunterSeven is helping: they are military veterans who really, desperately need it. So I think that’s the only betrayal; and the other is: it betrays the trust of people like me and people I’ve asked to donate; so the next time there is a real need, people might be hesitant to trust and donate.

What’s hot on Task and objective