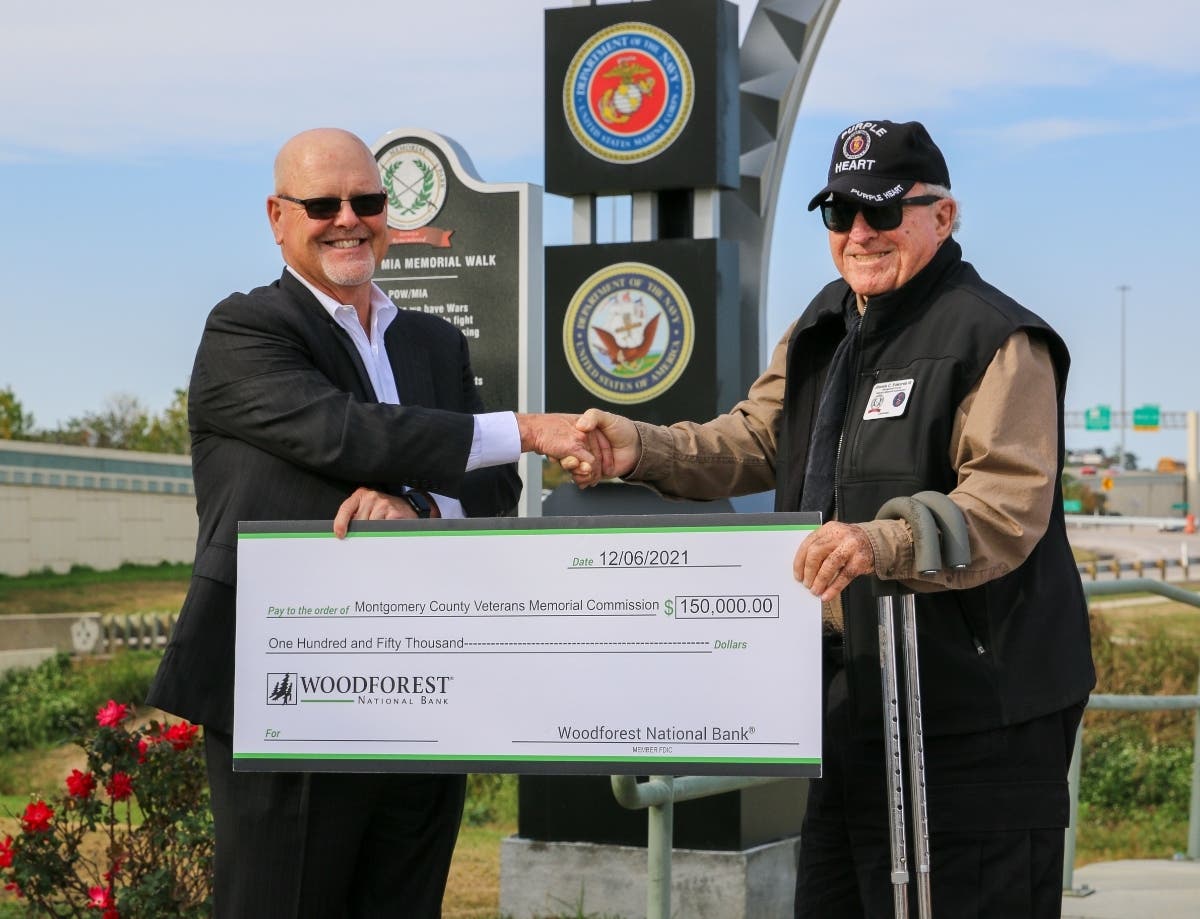 CONROE, TX – The Woodforest National Bank last week presented a donation of $ 150,000 to the Montgomery County Veterans Memorial Park to honor all current and former service members of the United States Army.

The bank will be a sponsor of The Line, a four-panel tribute to service members and U.S. Army veterans in the park. The management and staff of Woodforest National Bank participated in the presentation and their names have been added to The Line.

The current display features six name panels and four landmark panels with plans to expand to 20 name panels. All active duty personnel and veterans are eligible to be included on The Line.

The Montgomery County Veterans Memorial Commission (MCVMC) has future plans for the name signs to cross the Reflection Pond to also line up the westernmost side of the memorial. The monument also has a personal touch, with QR codes that can be scanned to listen to the individual testimonies and sacrifices of veterans.

The commission has received more than 600 names from 19 states since The Line opened, according to MCVMC public relations director Howard Wood.

“Without enthusiastic and willing partners like the Woodforest National Bank, it would take a lot longer to expand the park,” said Wood.

To learn more about the park or name someone to include in The Line, visit the Montgomery County Veterans Memorial Park website.