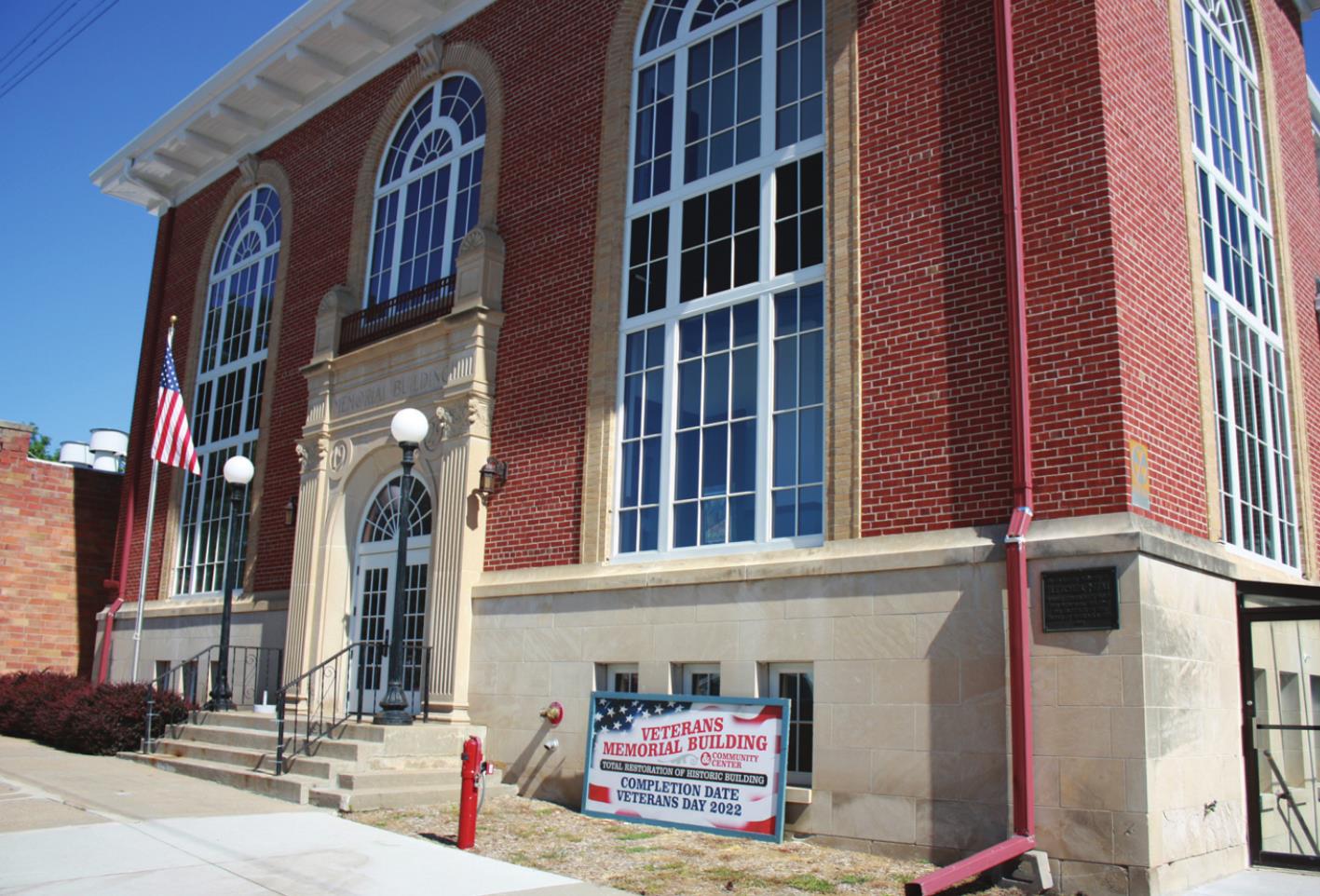 Work is progressing on both the exterior and interior of the Nebraska City Veterans Memorial construction project, and council members say the project is on track for a smooth opening on 11 November 2022.

The Nebraska City Council recently approved the use of the building’s basement as a production office for Hypercolor LLC’s film, “The Snack Shack”, and the council also approved the grant of a $60,000 allocation from the city’s public property budget line to help pay for utilities, required inspections (elevator, bug spraying), and any maintenance that the City of Nebraska City would normally cover as the property owner the building.

Nebraska City Administrator Lou Leone said the allocation will end once enough tenants have been secured for the building’s offices and the building becomes self-sustaining, as planned. since the project began in 2015 under the direction of the late Ted Beilman.

Janet Palmtag, board member of the Nebraska City Veterans Memorial Building Project, said the project’s first step was to list the building on the National Register of Historic Places in 2016.

From there, she said, the committee began renovating the building with funds raised from individual donors and charities, including the Wirth Foundation, Kropp Foundation and Nelson Foundation, among others.

Palmtag said more than $2,500,000 was raised to replace windows, install accessible bathrooms, an elevator, hallway and office construction, and roof repairs, among other things.

“Recently, the Nebraska City Veterans Memorial Building Project received a grant from the Nebraska Department of Economic Development in the amount of $608,000,” she said. “This money will be used to complete the construction of the stage, lighting, sound, auditorium and offices.”

“The committee is so grateful for every donation, big or small,” she said. “Every dollar makes a big difference, so if you’d like to invest in your community building, please go to www.VeteransMemorialBuilding.com/donate or mail a check to VMB, PO Box 121, Nebraska City, NE. 68410.”

Volunteers are also needed for committee planning/events, cleaning, gardening and minor carpentry, Palmtag said. Please let the committee know if you would like to get involved by contacting [email protected] com.

“In November, the building will have a soft but grand opening celebration on Veterans Day,” Palmtag said. She added that the first annual gala will also take place this fall in the building.

In preparation, council members are looking for anyone with photos of activities when the building was in operation. If you have such photos, Palmtag said you can contact a board member, who will arrange to have the photos scanned and returned.

The council plans to begin soliciting candidates for the building’s leasing offices in October. Tenants will need to complete the building’s mission and vision, she said.

“Once the commercial kitchen is completed, the building will help area entrepreneurs or aspiring food businesses to grow and expand their businesses,” she said.

“Community activities will be instrumental in restoring a strong community, but nothing more important than supporting our veterans, to whom the building was dedicated in 1929,” Palmtag said. “An office will be available for veterans, and annual veterans events will continue to honor all who served,” she said.

“It’s a building that will benefit and bring everyone together.”

A Quick Guide to Balancing the Budget – CryptoMode